ITV's winter schedule will feature documentaries about Billy Connolly and Mr Bean, as well as a number of comedy festive specials.

Shows, due to air at Christmas, or as part of the network's early 2021 programming, include:

A celebratory documentary looking back at the thirty years since the character Mr Bean landed on our screens.

The producers say: "With only 14 episodes ever made, explore the magic behind this hapless hero, who became a comedy icon that's still making people laugh today. With classic clips and interviews from key creators, including Rowan Atkinson, hear how Mr Bean has gone on to become a global superstar with an animated series, two top grossing feature films and an online phenomenon, with more than 110 million online fans and growing."

Billy Connolly: It's Been A Pleasure... 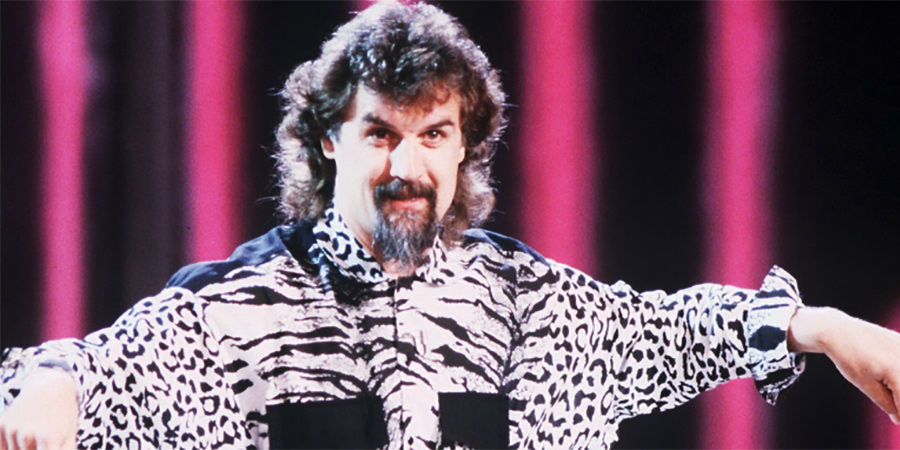 Another documentary about Billy Connolly's career, however this one will be built around brand new filming with Billy at his home in the Florida Keys.

The show is billed as a "fond, uproariously funny tribute" which will feature the comedian's "greatest stand-up moments, unseen performance footage and exclusive chats with some of Billy's biggest famous fans."

ITV adds: "There are also unique new insights from the woman who knows Billy best - his wife and soulmate, Pamela Stephenson."

The producers say: "His A-list fans will share their memories of Billy, send him personal messages and pick their all-time highlights from his glorious comedy catalogue. The man himself will react to their choices and reveal his own favourites."

They conclude: "Billy Connolly: It's Been A Pleasure... is a definitive celebration of an all-time great. An uplifting, emotional and hilarious hour in the company of the legendary Big Yin at his entertaining best. It will make you laugh. It may even make you cry. A fitting send-off for a stand-up megastar." 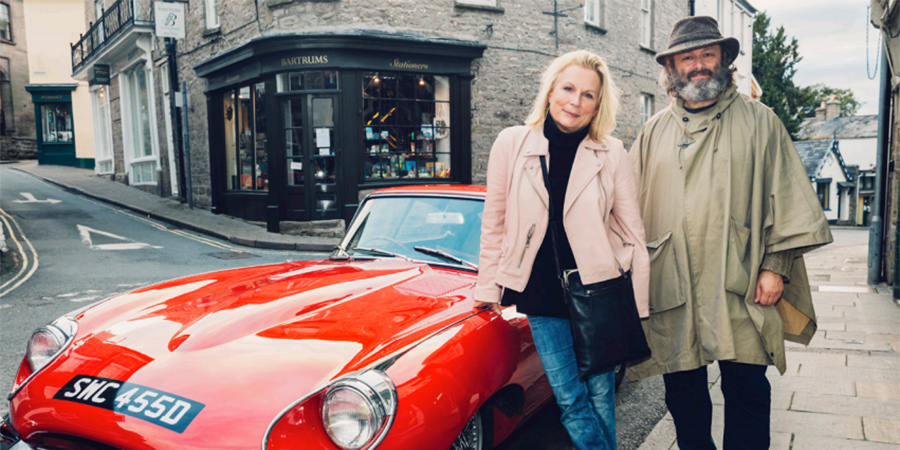 As previously revealed by BCG, Jennifer Saunders will drive her There's Something About Movies co-star Michael Sheen around Wales in classic Jaguar E-Type, for a chat show.

The producers explain: "Jennifer Saunders slips behind the wheel of a classic red Jaguar E-Type for this special show. Joined in the passenger seat by guest Hollywood actor Michael Sheen, Jennifer drives him on an emotional journey through his own past. With cameras inside the car, every intimate moment is captured as Michael and Jennifer visit places and people that have helped shape the global star he is today.

"Michael's revealing journey down memory lane takes Jennifer through the streets of Port Talbot where he grew up, stopping at key locations for personal stories from his childhood right up to the present day. Drawing on evocative family photos and colourful local archive, Michael's recollections are by turns funny, surprising and incredibly poignant."

The channel adds: "With her wit, charm and empathy - alongside a great love of cars - Jennifer is the perfect host for this celebration of a journey through her guest's past. This is the journey of a lifetime, his lifetime and there is no better guide and confidante than Jennifer." 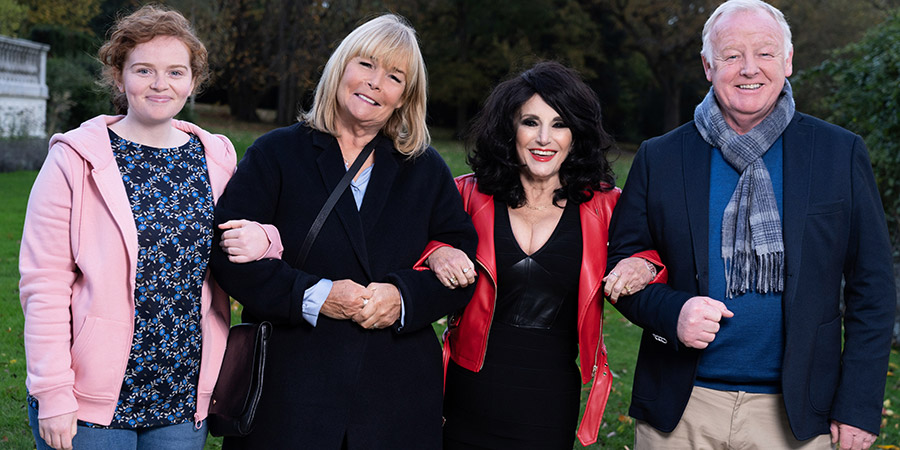 As confirmed last week, hit sitcom Birds Of A Feather is to return for a new Christmas special.

Pauline Quirke will not feature as she is busy with other projects. The special sees Les Dennis joining regulars Linda Robson and Lesley Joseph instead.

The plot is described as follows: "It's been three years since we last saw the Birds, after Tracey reluctantly sold the house they all shared to Dorien. At the end of a 2020 no-one could have predicted, we catch up with the inhabitants of our favourite Essex address... and find big changes in all their lives. Tracey and Dorien have been getting right on each others' thruppennies, while Sharon has escaped to the other side of the world and is stuck on a Covid-cruise... Who can fill the Sharon-shaped hole in their lives this Christmas?" 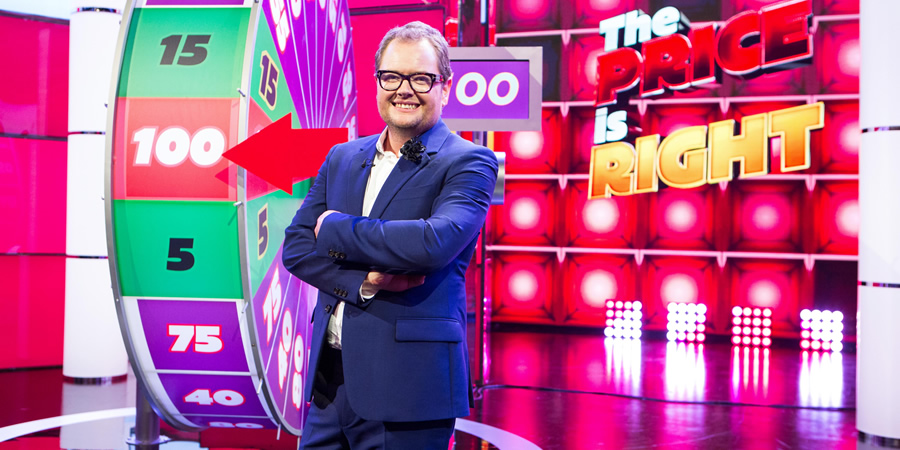 Alan Carr will host a Price Is Right Christmas special in December, before returning for a second series of Alan Carr's Epic Gameshow in early 2021.

The producers say: "Once again Alan Carr will take the helm as he reboots some of the nation's all-time favourite gameshows, including some from the first series, as well as a collection of rediscovered gems specially rebooted for this series. Contestants will be hoping to win big-cash rewards or top-of-the-range prizes as they battle to get to that all-new epic endgame in another run of nail-biting games filled with family fun." 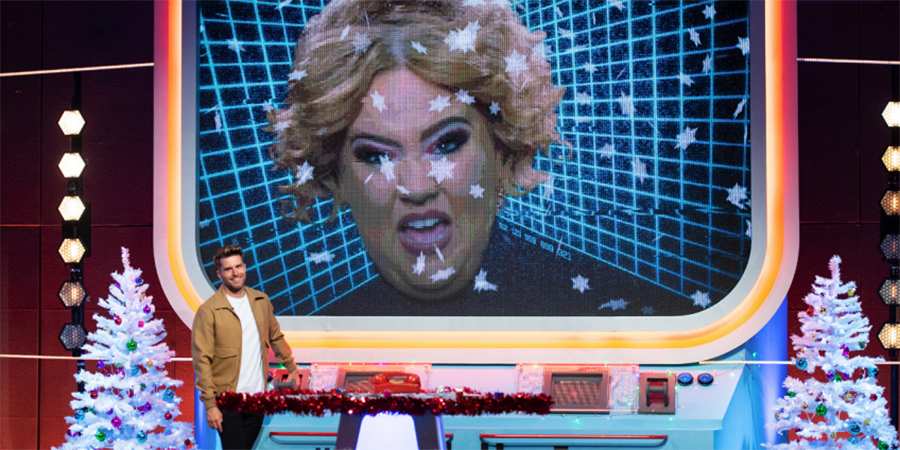 The ITV2 comedy show fronted by Joel Dommett returns for a festive special.

A special instalment of Shopping With Keith Lemon. The guests have yet to be revealed, but ITV says: "Keith once again uses his unique interviewing style to ask all those questions you've always wanted answered... and those you didn't realise you did." 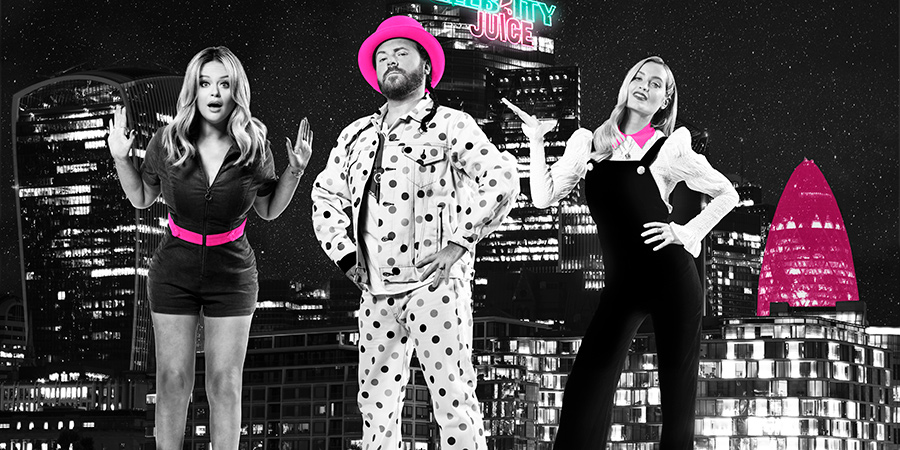 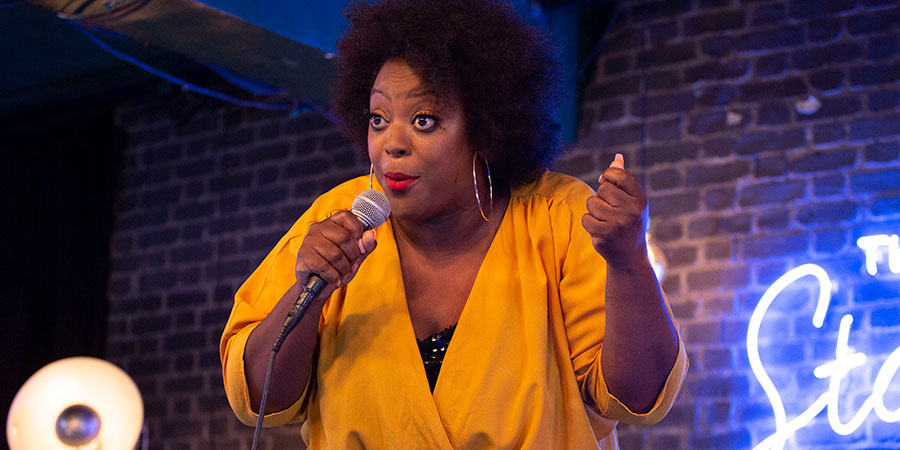 Confirmed to be returning to ITV2 in early 2021 for a third series, The Stand Up Sketch Show will again recreate stage routines in sketch format. 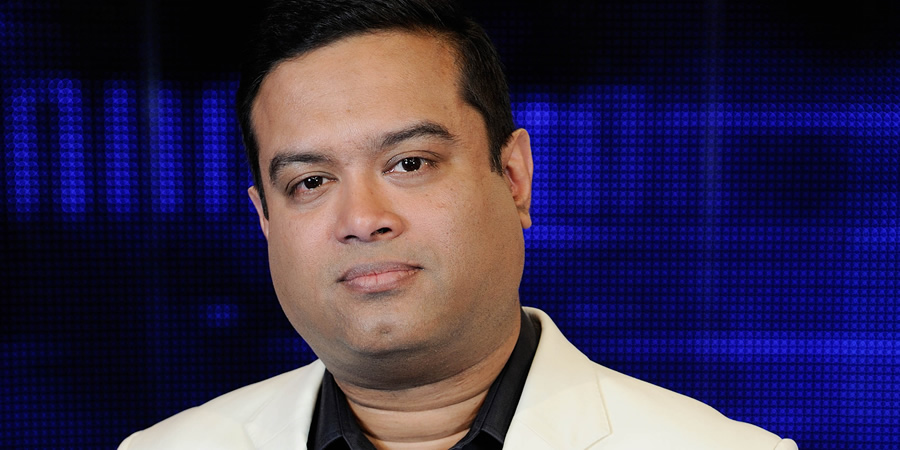 A new panel show hosted by comedian and The Chase star Paul Sinha.

The series will see "two teams of three familiar faces from the world of telly do battle in the ultimate TV trivia quiz."

The producers say: "Hilariously witty Chaser, stand-up comedian and TV trivia genius Paul Sinha hosts this raucous, fiercely contested battle in which celebrities' pride is at stake. Each week, two regular team captains will go head to head with their respective teams. Featuring clips from the best-loved shows on TV, Paul tests the teams' knowledge of everything on the box, from Blind Date to Bake Off and everything in between. It's one thing to be on the telly - but it's another to know your stuff about it!" 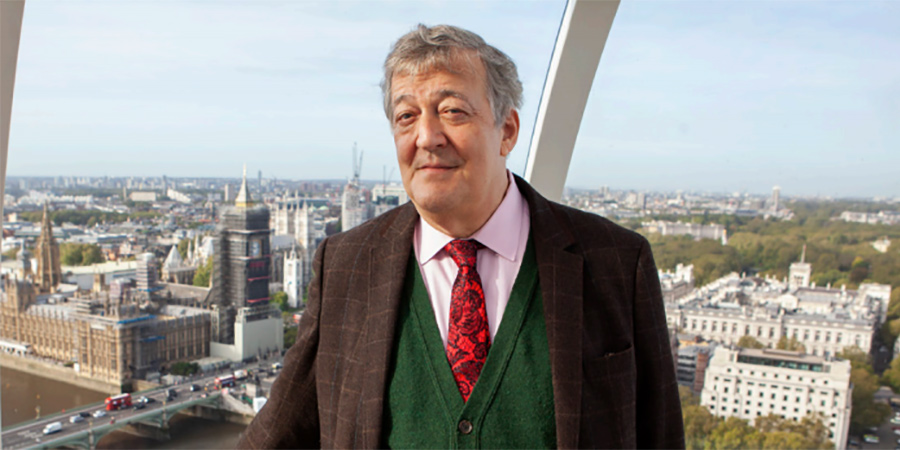 As first revealed by BCG, Stephen Fry wil present this documentary in which he takes viewers through his pick of "the fascinating and groundbreaking things that have happened for the first time, since the year 2000." 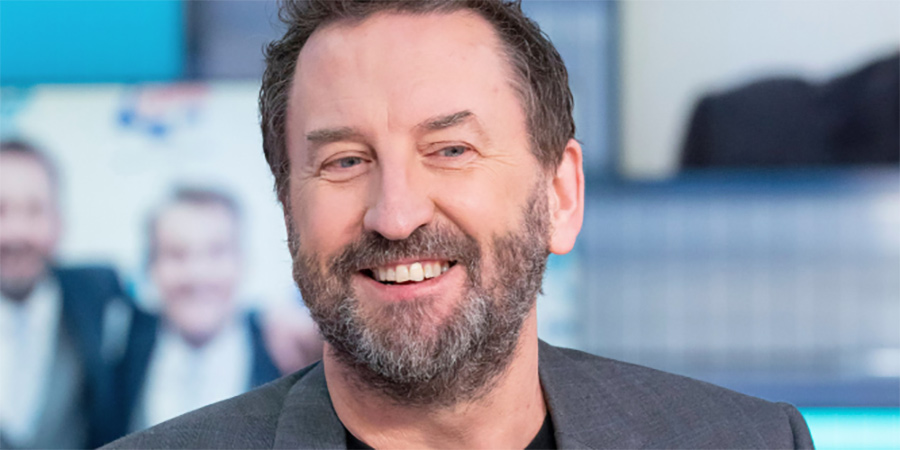 Lee Mack hosts a new quiz show in which "you don't need to swot up on general knowledge to do well. All you need is logic and common sense."

The producers explain: "100 contestants begin every show - but to make it to the end and win the top prize of up to £100,000, contestants must correctly answer a question only 1% of the country would get right." More info

ITV's winter offerings will also include It's Clarkson On TV, a "TV review of the year" in which the former Top Gear host " will pass judgement on what the great British public watched ... and didn't, and what fascinating foreign TV shows managed to make it to air."

Meanwhile Citizen Khan star Adil Ray will front Lingo, "a quick-thinking game of words where contestant pairs compete across a series of rounds, for the chance to win a cash prize." The producers say: "Tactics are paramount - if a team cannot find a word there are opportunities for their opponents to swoop in and claim the word and the money."

ITV's schedule for the festive period and January also features a Christmas-themed Britain's Got Talent special; the return of The Masked Singer with comedian Mo Gilligan replacing Ken Jeong; Ant & Dec reuniting with Cat Deeley for The Story Of SM:TV Live; specials of quiz/challenge shows The Cube, In For A Penny, Tenable, The Chase and Who Wants To Be A Millionaire?; a celebration of 60 years of Coronation Street; music show Gary Barlow's Night At The Museum; and The Real Full Monty On Ice.

A new travelogue series from Joanna Lumley is also scheduled. She'll "travel from the Yorkshire Dales to the Giant's Causeway, from the Highlands of Scotland to the cobbles of Coronation Street, retracing old steps, meeting inspiring people, and exploring the wonders of the country she calls home."

Finding Alice, a drama about a character's "honest, raw, blackly comic journey of grief, love and life after the death of her husband" will also feature on ITV in early 2021. Written by Simon Nye and Roger Goldby, the show stars Keeley Hawes alongside a cast that includes Joanna Lumley and Nigel Havers.

Broadcast dates and times for all shows will be revealed nearer to Christmas.

Billy Connolly: It's Been A Pleasure 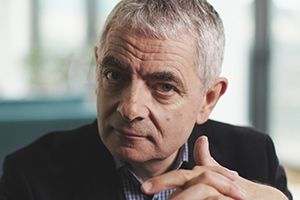