The National Comedy Awards will debut in March 2021, in association with the broadcaster's Stand Up To Cancer campaign.

It aims to "celebrate the stars of UK comedy with a glorious viewer-voted awards show".

Producers explain: "The awards will bring the year's best-loved comedy stars together for a night that celebrates the brilliant work of the comedy world, and all for a good cause. The coveted trophies will be awarded to the winners during the spectacular star-studded red-carpet event which is to be broadcast on Channel 4.

"The National Comedy Awards For Stand Up To Cancer will honour both emerging and established British comedy talent, with the public voting on key prizes, alongside two additional special recognition awards. The categories, which will be announced in due course, will honour the genre in all its forms with nods to fan-favourites across recent scripted and unscripted comedy, live shows, and the latest, podcast jokers all being eligible for nomination."

Produced by Hungry Bear Media, the winners of the awards will be determined by a public vote, from a longlist drawn up by a panel of industry expert judges.

Ian Katz, the head of Channel 4, revealed the news at the Edinburgh TV Festival, which is taking place as a virtual event this year.

The new awards seem poised to take on the mantle of The British Comedy Awards, which ran from 1990 until 2014. The body was hit by a phone-voting scandal in the mid-2000s at its original home of ITV, and then moved to Channel 4 until being axed by the broadcaster after five years.

Tom Beck, Head of Live Events at Channel 4, said: "UK comedy is the best in the world, and from Catastrophe to Cats Does Countdown, and Desmond's to Derry Girls, Channel 4 has always been at the heart of that success. These awards will be a spectacular way of celebrating a phenomenal new range of shows, writers and performers in aid of Stand Up To Cancer."

Phil Harris, Head of Entertainment, Channel 4 said: "This is an award show for our times. Fans will be able to vote on the people, some established and others less so, who really make them laugh. We will be celebrating some incredible comedy talent while supporting the incredible Stand Up To Cancer. It promises to be a very special night of TV."

Dan Baldwin, Managing Director of Hungry Bear, concludes: "Hungry Bear are delighted to bring The National Comedy Awards For Stand Up To Cancer to Channel 4 in 2021. This has been a difficult year for so many, but the copious hours of comedy has helped through tough times.

"Next year, with Channel 4, we'll celebrate the comedy community with a prestigious, respected and distinguished televised awards ceremony which will congratulate all corners of the comedy world. And we can't wait to help put a smile on people's faces whilst doing it." 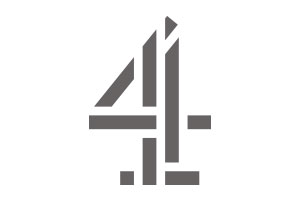