Victoria Wood is to be celebrated in a documentary for Channel 5.

Victoria Wood: In Her Own Words comprises archive clips of the comedian performing and speaking about her career, as well as new interviews with celebrity admirers recorded over lockdown.

It is the latest in Channel 5's Own Words strand of occasional tributes to revered comics, following similar films for Ken Dodd, Tommy Cooper and Peter Kay.

The latter provoked controversy last year when Kay's representatives complained, via social media, that Peter Kay: In His Own Words "has an incredibly misleading title".

The reclusive Car Share star's Twitter account said: "It doesn't feature any new interviews with Peter and all the footage is completely historic. The title also gives the impression that Peter has been involved in the making of this documentary which he hasn't. At all."

Produced and directed by Malcolm Donkin, who made the Kay and Cooper retrospectives, Victoria Wood: In Her Own Words is made by factual specialists ITN Productions, whose credits include the recent Channel 5 documentaries Michael McIntyre: Making Us Laugh and Michael Palin In North Korea.

The Wood show follows a similar tribute Funny Women: Victoria Wood, which aired on Channel 5 in 2017 and Our Friend Victoria on BBC One, which broadcast six episodes and a Christmas special the same year. ITV also broadcast Let's Do It: A Tribute To Victoria Wood in 2016. 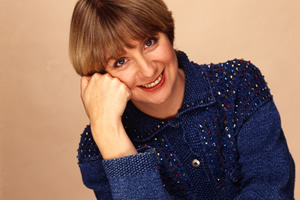 Victoria Wood: In Her Own Words