Sky is piloting a school-set comedy drama as one of the first originals from its new production house, Sky Studios, British Comedy Guide can reveal.

Kisses And Bumflicks is written by, produced by and stars Delia-René Donaldson, based on her long-running sex and relationship blog and former teaching career.

Commissioned by Sky's director of drama Cameron Roach in a £12,000 deal, Kisses And Bumflicks has been in development since 2017.

Kerry Howard and Black Mirror's Ashley Thomas took part in a readthrough of the script in 2018 but it is unclear if they have returned for the pilot, which was filmed in February.

It has yet to be decided which Sky channel Kisses And Bumflicks will air on.

Donaldson previously co-wrote the 2015 romantic comedy series Venus Vs Mars. The show, which started as a web series before being shown on Sky Living, starred Letitia Hector and featured comedians London Hughes and Eddie Kadi in guest roles.

A Sky spokesperson declined to comment on Kisses And Bumflicks as policy on not discussing pilot shows. 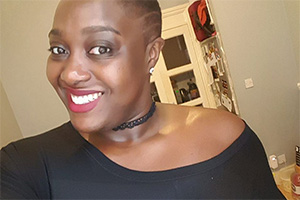