BBC One has announced the first in a new batch of Comedy Playhouse pilot programmes.

The pilot has been penned by Lucy Montgomery and Rhys Thomas, writer/actors who are a married couple in real life.

The BBC explains: "Anita is a sixty-three-year-old divorcee with two grown up kids and no stork on the horizon threatening to bring grandchildren. Anita may be in her sixties, but inside she feels twenty. She's adventurous, energetic and a bundle of fun. She wants to pack as much into life as she can whilst she still has her own joints. With the aid of an egg and sperm donor she decides to have a baby. Unbeknownst to her it happens to be at the same time as her forty year old daughter Suzanne discovers she is expecting her first child.

"Bumps is an uplifting cross generational comedy offering a whole new spin on family dynamics. Anita hasn't really thought through the impact this baby will have on her body or her psyche or her finances. Not for one millisecond has she considered how her decision to have a child will impact on her two grown up kids. She thinks she's earned the right to do what she wants and she doesn't realise the emotional bomb she's detonated. Well now she's about to find out..."

Produced by Kudos Productions[/z], the pilot will be broadcast at a later date, to be confirmed.

Shane Allen, Controller of BBC Comedy, said: "Bumps brings a modern spin on the family sitcom through its lens on the mother and daughter dynamic. Rhys and Lucy have created a vibrant world of endearing characters who capture the dysfunction, frustration and love at the heart of family life."

Phil Temple, Executive Producer for Kudos said "We are overjoyed to be making this show for BBC One. Anita is a force of nature and there is no one better to bring her to life than the supremely gifted Amanda Redman. Rhys and Lucy's script is truly original - it's funny, thought provoking, touching and full of characters we are sure the audience will fall in love with." 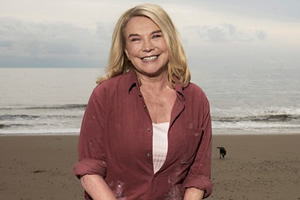