Created by comedian Andrew Doyle, initially as the figurehead of a parody Twitter account, Titania McGrath spoofs the views of "woke" millennials.

The production company confirms: "Whizz Kid and Doyle are in discussion with a major broadcaster to develop the series for TV with Titania described recently as the 'Bridget Jones for millennials'."

They explain: "Titania will be spouting her unique brand of philosophy in a bid to stop people saying and thinking the wrong things. The radical poet and activist will demonstrate how everybody can play their part in the pursuit of social justice.

"As a millennial icon on the forefront of online activism (i.e. having written numerous angry Tweets), Titania is uniquely placed to guide her viewers through the often-bewildering array of terminology and concepts that constitute 21st Century 'wokeness'. New words such as 'manterrupting', 'microaggressions' and 'heteronormativity' often leave the general public bemused, particularly if they don't read the Guardian."

Executive producer Genevieve Dolittle says: "Having enjoyed working with Andrew Doyle for a few years now, we are very excited he's introduced us to Titania. I had no idea how un-woke I was. I will never ask for a fork in Wagamama again."

Titania McGrath herself says: "I don't give quotes to the press because they are complicit in the perpetuation of male power. Intersectional feminists transcend the need for the written word, which is why we don't often make sense."

The TV project is in the development stage, and further details will be announced if it is commissioned.

Earlier in the week it was revealed that actor Alice Marshall will play Titania McGrath in Doyle's Edinburgh Fringe show based around the character. 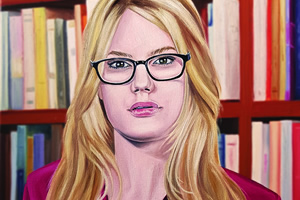