The comedians, who got married in 2015, will star in the documentary-like show that offers a "fictional window into the funny and frustrated marriage of Jon and Lucy".

Written by Beaumont and Car Share's Tim Reid, the six part series will see the couple play exaggerated versions of themselves as viewers get a glimpse into their home and work lives, surrounded by their celebrity friends and their Hebden Bridge neighbours.

Producers explain: "Meet The Richardsons will show what their neighbours really think of them, the type of birthday party they should have for their daughter Elsie, caravan holidays and Jon's constant refusal to do or go to anything, much to Lucy's annoyance (that part isn't scripted)."

Jon Richardson says: "I am delighted that Dave have commissioned a new show for me and Lucy. I am less thrilled to have been followed around the house by my wife holding a pen and paper cataloguing every embarrassing moment or mispronunciation to use against me. I hope viewers will gain a real insight into the sniping and passive aggression that we enjoy on a daily basis and will come away feeling better about their own relationships."

Lucy Beaumont comments: "It's so wonderful to be able to not only live together but now work together too, I hope it brings me closer to understanding my husband in a way that reading his Twitter direct messages has not. We've both found our marriage really hard so having a TV crew following us around for 6 weeks and being paid money to talk about Jon's bald spot and in a controlling nature is really going to help us."

The couple have previously appeared on Dave together in an episode of Jon Richardson: Ultimate Worrier (pictured). The panel show returns for a second series on 3rd July.

Produced by Second Act Productions, Meet The Richardsons is directed and produced by Lee Hupfield and Eddie Stafford.

Commissioner Iain Coyle says: "We've seen a glimpse into Lucy and Jon's home life in Jon Richardson: Ultimate Worrier, so getting full access was both irresistible and a little disturbing. Think Curb Your Enthusiasm meets One Foot In The Grave, with a dishwasher fetish, and you're about halfway there."

UKTV's Luke Hales adds: "This is Lucy and Jon at their absolute best, their segments in Ultimate Worrier are just brilliant and I can't wait to see more of them both in this show. We're committed to creating fresh and innovative comedy on Dave and this show fits that brief perfectly, there is nothing else like it on TV."

Meet The Richardsons will air on Dave in 2020, whilst a second series of Ultimate Worrier is due to broadcast later this Summer.

Below is a clip of the duo together on Ultimate Worrier: 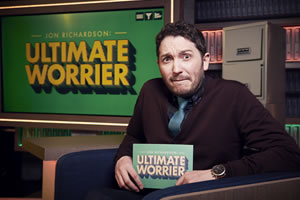 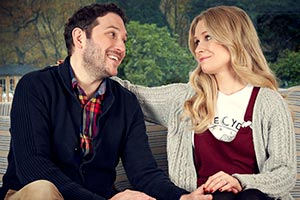