E4 has ordered Pants On Fire, a comedy entertainment series in which new and emerging comedians must try to convince a jury they're telling the truth.

Producers explain: "In each show, three teams of fearless comics will plot their own crazy and outrageous challenges. They could come up with anything: from swimming with sharks to winning a pro-wrestling battle royale.

"Then in front of a studio audience and a celebrity jury, the three teams will present evidence to help prove that they have completed their audacious stunts. The celeb panel will interrogate the teams to figure out if they are telling the truth or telling fibs. Will the teams have authentically pulled off these improbable stunts, or have they just been pulling a fast one?"

The show will be helmed by TV presenter Emma Willis, who recently was one of the hosts of Comic Relief (pictured).

Pants On Fire - a working title - has been in development for a number of years. In 2015 a pilot of the format involved Matt Richardson as host, with David Morgan as an interrogator.

E4 controller Karl Warner comments: "Pants On Fire is an extreme bluffing show and the first of a new comedy-entertainment push for E4. We're lucky to have Emma hosting and it's a great example of how we plan to combine well known talent with up and coming stars."

Commissioning editor Steven Handley adds: "Pants On Fire promises to be the most provocative bluffing game ever on British TV. Not only has it got gripping play along, but we can break some brilliant new faces - hopefully not literally! Ringmaster to it all will be the amazing Emma Willis, who I can't wait to see take control of the madness! Let the games begin!"

Leo Pearlman from Fulwell 73 says: "Pants On Fire is an exciting new comedy entertainment format that fits perfectly into Fulwell's sweet spot. It's hilarious, irreverent and pretty high octane in equal measures. It's an ideal show for E4 and we're looking forward to unveiling some of Pants On Fire's new comedy stars to a brand-new audience in the UK."

Pants On Fire will be filmed and broadcast later this year. 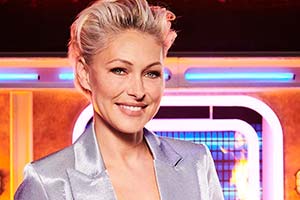