Guilt focuses on two men who commit a hit and run murder.

The four-part series has been written by Bob Servant creator Neil Forsyth, and will premiere on the forthcoming new BBC Scotland TV channel, before being screened nationwide via BBC Two.

Set in Edinburgh, Guilt is described as "a stylish, contemporary drama with riveting plot twists and a strong vein of black humour throughout".

Producers explain: "The story follows two disparate Scottish brothers Max (Bonnar) and Jake (Sives) who, while driving home from a wedding together one night, accidentally run over and kill an old man on a darkened street. After making the panicked decision to cover their tracks, the brothers seem to get away with their crime.

"However, as neighbours and relatives of the dead man begin to suspect his death wasn't as innocent as it initially seemed, the brothers find their lives rapidly falling apart, as their actions begin to catch up with them. Their increasingly desperate attempts to conceal their guilt lead them further into a world where everyone seems to have a hidden agenda and they discover they can trust no-one, ultimately including each other."

Mark Bonnar, who previously starred as Eric Morecambe in Forsyth's Eddie Braben biopic Eric, Ernie And Me, says: "I am hugely excited to be a part of Guilt and to be working with Neil again. The moment I read the first scene I was totally hooked. Neil has managed to write a captivating and breathless thriller which, even in its darkest, most dramatic moments, maintains a pitch black sense of humour. I don't want to resort to hyperbole, but IT IS a total rollercoaster ride!

"Added to that, to be standing shoulder to shoulder with Jamie Sives, whom I've known since we were at Leith Academy together aged 11, is joyful beyond words. In fact, Edinburgh plays a central role itself and I'm looking forward to revisiting some old haunts... I can't wait to get started!"

Jamie Sives, who is perhaps best known for his portrayal of Jory Cassel in Game Of Thrones, adds: "I'm absolutely thrilled to be involved in what I'm sure will be a cracking drama. Neil has written brilliant scripts for Guilt and I can't wait to get tangled up in the web he has so expertly woven. Our director Rob McKillop is a special talent and everyone I've met so far on this project has been so enthusiastic about it.

"I'm also over the moon at the prospect of working with Mark Bonnar. Mark and I went to high school together. It's really quite surreal to think that he and I sometimes walked to school together and now we're about to lead up a terrific new drama together, and in the year of the launch of BBC Scotland's brand new channel. It doesn't get any better. I've been wanting to work with Mark for ages."

Gregor Sharp, Commissioning Editor for BBC Comedy, says: "We're delighted to be supporting this hugely exciting project. Neil Forsyth's scripts are packed with tension, moral ambiguity and off-beat humour, and we can't wait to see this fantastic array of talent bring them to life."

Gavin Smith from BBC Scotland comments: "To be filming our first original drama locally for the new channel, and have Mark and Jamie starring with Robbie directing, highlights our commitment to Scottish talent. We're thrilled to be working with Happy Tramp North and Expectation to bring this ambitious project to life."

Neil Webster from production company Happy Tramp North says: "We're very excited and proud to be co-producing the first drama for the new BBC Scotland channel. Neil Forsyth has crafted an incredibly gripping story with a brilliantly off-kilter sensibility that puts everyone - the characters and the audience - well and truly through the ringer."

Kirstie Macdonald from co-producers Expectation adds: "As soon as I read Neil Forsyth's script, I was bowled over by the dynamic world he had created and the brilliant characters of brothers Max and Jake. I am delighted to be working with Happy Tramp North on the first drama commission for BBC Scotland's new channel and to be bringing two of Scotland's most talented actors Mark and Jamie home to film the project."

Guilt will premiere on BBC Scotland's digital channel, then be repeated on BBC Two, later this year.

Meanwhile, the channel also today confirmed that it has commissioned full series of stand-up showcase The Comedy Underground, satirical sketch show The State Of It, and a TV version of long-running radio panel show Breaking The News. All three were piloted on BBC Two Scotland between late November and early December 2018. 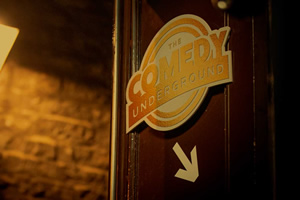 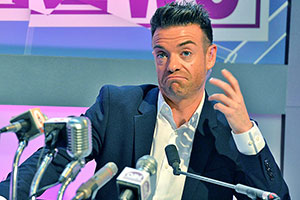 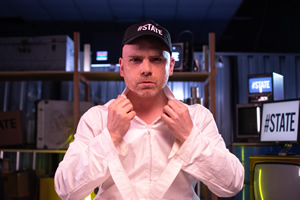