The cast has been revealed for Almost Never, a CBBC comedy drama based around a TV talent competition in which a brand new boyband is pitted against an all-girl group.

Strictly Come Dancing co-host Tess Daly will appear as the presenter of The Spotlight, the fictional TV show in which the characters compete.

The comedy sees boyband The Wonderland fiercely compete against the group Girls Here First, with the fortunes of The Wonderland then being followed as they try to make it big in the business.

The 13-part series charts their comedic ups and downs as they try to grow their fan base and find the best songs to record. As the boys try to make it in the music business, they also have to juggle home life, school and relationships alongside their dreams of pop stardom. 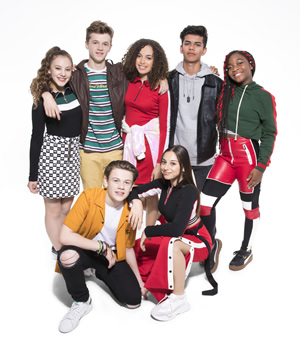 Oakley Orchard, Harry Still and Nathaniel Dass - playing versions of themselves - are The Wonderland, whilst Girls Here First comprises of Mya-Lecia Naylor, Miriam Nyarko, Lola Moxom and Lilly Stanion. Tillie Amartey takes the role of Chloe, a vlogger who befriends The Wonderland and helps them to build their social media profile.

Almost Never is due to begin on CBBC in early 2019. 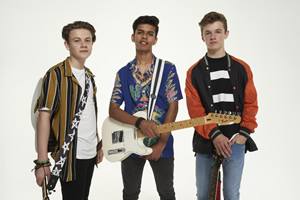