Dan Clark-Neal has co-created Helmets, a new TV sitcom that is in development.

Helmets, based around the police force, is described as a "mainstream comedy" by its producers.

Dan Clark-Neal is a former policemen, who has since appeared alongside his husband - X Factor star and TV presenter Rylan - on shows such as This Morning and Celebrity Big Brother.

To script Helmets he has teamed up with the comedy writing team of Claire Downes, Stuart Lane and Ian Jarvis. The trio have previously worked on sitcoms including In The Long Run, The Job Lot and Carters Get Rich.

The project is currently at the development stage, and further details are expected to be revealed in due course. It is being developed by new production company Hare And Tortoise, which is backed by FremantleMediaUK. 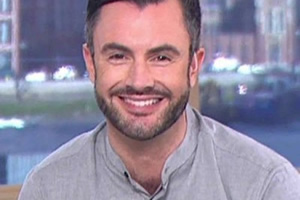