Sky has revealed the next batch of episodes in its Urban Myths strand.

Due to be shown on Sky Arts in 2018, the stars involved include Jack Whitehall, Ade Edmondson, David Suchet, Noel Fielding, Sheila Hancock and Philip Glenister.

The three new shows are as follows:

This episode focuses on the story of a young David Bowie and Marc Bolan. "As struggling teenage musicians, they were both summoned to their manager Les Conn's office in Denmark Street one morning and, in lieu of them making him any actual money by selling any records, asked to repaint his office."

The writers explain: "Over the course of a few days, Alice Cooper was invited to one of the most surreal dinner parties ever by Dali before being asked to pose in a photo-shoot for one of the world's first holograms while wearing a tiara made up of $2million worth of gems and brandishing a shish-kebabbed statuette of the Venus De Milo."

Written by Roger Drew and Ed Dyson, the episode is directed by Iain Forsyth. Jarvis Cocker and Richard Hawley have composed the music for the episode. Guide

Written by Neil Webster and directed by Ben Palmer, this fictionalised special tells the story of how rap revolutionaries Public Enemy were stranded in Broomhill, North Devon, after their tour bus left without them, and "had to rely on a local bloke and his old Ford Focus to get them to their show on time".

A previously announced episode about the Sex Pistols by Simon Nye is also expected to be shown in 2018.

The episode Elizabeth, Michael & Marlon was also filmed but controversy over its depiction of Michael Jackson, including complaints from the late singer's immediate family, resulted in Sky vowing not to broadcast the episode after all. 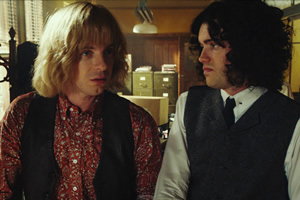 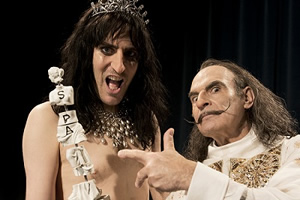 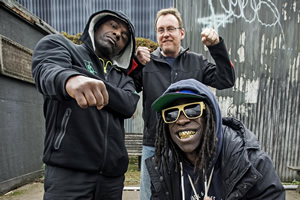