The Him & Her and Derek stars will play two friends who made a pact when they were teenagers: a pact that said that if they're both still single aged 35, they'll marry each other.

The producers explain: "Amy doesn't think it'll ever happen. Andy, who's secretly in love with Amy, desperately hopes that it will.

"Twenty years later, Amy and Andy have drifted apart. Andy is divorced with a four year old son, but in a new relationship with a woman named Kelly. Amy, meanwhile, has managed to avoid growing up entirely. She lives in a flat-share, works behind a bar, and her relationships never seem to go beyond drunken one night stands.

"When Andy and Amy bump into each other again, it's life-changing for both of them. Face to face with their pasts, they're forced to reconsider their futures. Is it time for Amy to take responsibility for her life? Should Andy throw caution to the wind and pursue his childhood crush? Whatever happens, they're going to end up together, right? Needless to say, it's a bit more complicated than that."

The Pact has been created and written by James Britton and Rick Laxton, and the BBC Studios show is directed by Tony Dow.

The comedy will be shown on BBC Two later this year as part of the New On Two pilot strand. It is one of twelve pilots the BBC has announced across various channels. Full list 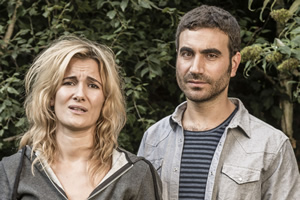