Press reports suggest that both the BBC and Tracey Ullman have now agreed, in principle, to make a second series together.

The news follows strong ratings for the debut episode. Broadcast on Monday night in a 10:45pm slot, the programme attracted an average audience of 2.9 million. This impressive figure was higher than the usual average for BBC One at that time of night and "trounced" the statistics that other channels reported.

The Guardian says: "It has emerged that both parties have agreed in principle to a second series of the show, although it is unclear at this point if it will be given a more prominent slot. While sources close to the deal stressed that no contracts have been signed, it is understood that Ullman and the BBC have verbally agreed that they want to do another series."

The newspaper adds: "The BBC indicated it would like another outing of the show even before the first episode had gone out this week, according to one insider."

The new series was met with broadly positive press reviews. The Independent noted: "Pitch-perfect impressions are a tricky business. The look and the characterisation must be just so; to nail the voice, mannerisms and identify those tics that we don't realise are funny until someone shows us they are. For magic, you also need a razor-sharp twist on a character that's both surprising but moreish, televisually speaking. Tracey Ullman succeeded in all of the above in this first episode."

There is speculation the second series, if formally commissioned, may be broadcast in a prime time slot. It has been suggested audience figures could rise to as much as 6 million if the programme was shown earlier in the evening.

Tracey Ullman's Show is the comedian's first British comedy series in more than 30 years. Having risen to stardom in 1980s BBC sketch show Three Of A Kind, Ullman moved to America. There, she launched The Tracey Ullman Show, which ran for four series and, notably, in the process launched The Simpsons.

Reacting to news that her new sketch show may return, a BBC spokesperson declined to confirm that the format was definitely coming back, instead saying: "We are delighted with how well received the first episode has been, but it is far too early to confirm a second series."

Episode 2 of Tracey Ullman's Show, guest starring actors including Steve Pemberton, will be broadcast on Monday night. The Duchess of Cornwall is amongst those impersonated by Ullman in the episode. 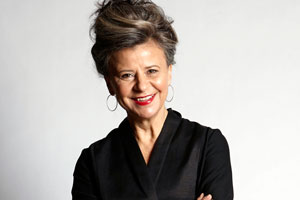