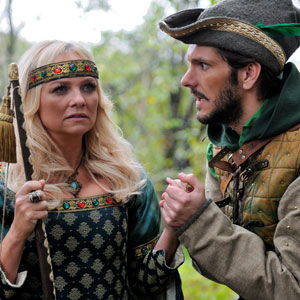 Comedy Central has ordered a second series of Drunk History.

The comedy format sees comedians attempting to recall true stories from history whilst heavily inebriated, and getting ever drunker as they continue to imbibe.

Meanwhile, star-studded casts act out their ramblings in period setting.

Already a success in the US, a first UK series was broadcast early this year, running for eight episodes between January and March. Now, the channel has confirmed that producers Tiger Aspect have begun work on a further eight programmes.

Series 1 beat its weekday slot - Mondays at 10pm - average audience figure for the channel by a third, with Comedy Central estimating that almost 4 million adults have now watched the show.

Lourdes Diaz, Vice President, Head of Global Production & Development, Comedy Central International said: "I am thrilled that we are working with Tiger Aspect again to bring back a second series of Drunk History in the UK. There was a lot of love for the first series and I can't wait to have viewers laughing out loud again with even more hilarious 'historians' and of course, more drinking!"

Andy Brereton, Head of Comedy and Entertainment at Tiger Aspect adds: "Now that our livers have just about recovered, it's time to go again, this time bigger and better. With Comedy Central's help we're aiming to bring viewers some of the biggest comedy names in the UK."

In the below clip from Series 1, Russell Kane tries to talk about King Charles II: 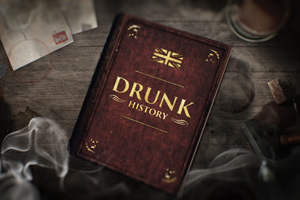 After Ever After to return

'What A Carve Up!' online show