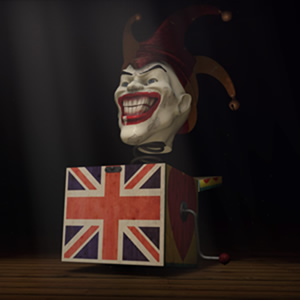 The British Comedy Awards is to leave Channel 4 this year for a new TV station, with discussions over broadcast rights now under way with a currently un-named network.

A senior executive at Unique Television, the organisers of the awards, has told British Comedy Guide that meetings are under way with a particular TV channel following news that Channel 4 will no longer play home to the annual ceremony. However, Unique is not yet at liberty to publicly confirm which network the discussions are with.

The news follows a statement from Channel 4 yesterday, stating: "After four great years on the channel we will be saying goodbye to The British Comedy Awards. Our focus moving forward is investing in new comedy series."

The British Comedy Awards launched on ITV in 1990, with the commercial network remaining the show's home until 2009. Channel 4 snapped up the rights in 2010, promising a new era for the awards. However, subsequent personnel changes in Channel 4's executive management team and reduced budgets meant that many of the proposed changes were never actioned, resulting in audience figures dropping below 2 million.

Last year's programme, broadcast in December, was criticised by many viewers after Channel 4 decided not, as in the past, to broadcast the awards live, but instead opted to show an edited version 24 hours after the ceremony had taken place.

British Comedy Guide understands that the organisers of the awards have been in contractual limbo whilst waiting for Channel 4 to make its formal decision. Now the network has confirmed it will no longer show the awards, Unique is free to progress discussions with channels who have expressed an interest in taking over the reins.

Unique Television is now in detailed discussions with one of those channels, which is keen to work with them to reinvigorate the profile and prestige of the Awards. The channel is also excited by Unique's intention for the British Comedy Academy to recognise other areas of comedy, such as radio shows, as well as introduce initiatives to support grass-roots comedy.

It is possible the rights deal will be completed within as little as 6 weeks, so detailed confirmation about the future of the Awards is likely to follow later this summer.