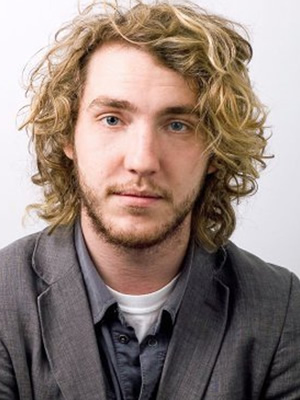 The BBC is developing a studio audience sitcom set in a monastery.

The channel describes Monks as "a brilliantly big, funny and warm-hearted new studio comedy for BBC One centred on a group of monks".

The pilot episode will see Seann Walsh (pictured) playing Gary Woodcroft, a young man who is faced with a criminal prosecution having been caught defrauding the dole office for ten years. The plot sees Gary deciding "to do what any other self-respecting, layabout might do... join a religious order to save himself from a long stretch of hardship and abstinence".

It soon turns out that Rudley Abbey, where he ends up, is pretty much like prison but with a lot of extra praying. However, it could be Gary's chance to learn about himself, take some responsibility and bring some meaning to his life.

The Abbot of Rudley Abbey welcomes Gary, however this is much to the annoyance of his deputy, Brother Francis, who doesn't like the newcomer, believing he will never make a good monk and that he represents all that's wrong with the modern world.

Gary soon becomes good friends with the other two Brothers: Bernard, who likes a drink or two; and young, impressionable Dominic, who looks up to Gary as the cool older brother he's never had.

In the pilot episode, which will be filmed at the end of the month, Gary causes an expensive accident and is forced to raise money for the monastery, using increasingly unorthodox means to meet the target. In the meantime Brother Francis is forced to take measures to control his anger.

Although not officially billed as such, Monks appears to be a new adaptation of Hey Hey We're The Monks - a one-off sitcom broadcast on Radio 2 in 2000 as part of Radio 2's Comedy Showcase. Written by Dan Tetsell and Danny Robins, the show starred Bill Bailey and Catherine Tate. It featured a similar premise to Monks and the character names are the same.

This is in fact not the first time the sitcom has been piloted for television, with a previous version starring James Corden as Gary having been recorded for BBC Two in 2008. This earlier pilot also featured David Bamber as Brother Francis, Fergus Craig as Brother Dominic, Geoffrey Whitehead as the Abbot and Justin Edwards as the drunken Brother Bernard.

Appearing alongside Seann Walsh in the new pilot is The Vicar Of Dibley star James Fleet, who will play the Abbot; and Green Wing and Spaced star Mark Heap as grumpy Brother Francis. Justin Edwards (The Thick Of It) will return to the role of Bernard, with the casting of the role of Dominic not yet announced.

Seann Walsh, who made his name as a stand-up comedian, has recently been moving into sitcoms. His first acting role was in Big Bad World, a comedy broadcast on Comedy Central last year that also starred James Fleet.

The pilot episode of Monks will be filmed at BBC Elstree Studios on Friday 31st January 2014. To apply to be in the audience see our free tickets page

It is not yet known whether the BBC plans to broadcast the episode publicly. The corporation is currently seeking out more studio audience sitcoms as it wants new "feel good" hits that can sit alongside established shows like Mrs Brown's Boys and Miranda. Other pilots for BBC One currently in development include Led Astray and Homeboys.