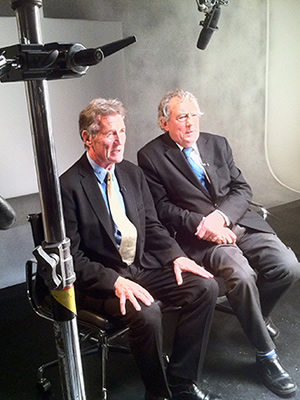 Michael Palin and Terry Jones have just re-filmed lost material from their 1969 sketch show The Complete And Utter History Of Britain.

The Monty Python stars filmed scenes in a studio to help make a forthcoming Blu-ray and DVD release of the comedy more complete.

The Complete And Utter History Of Britain, written by Palin and Jones for broadcast on ITV in 1969, is notable in that it was one of a handful of series that helped form the template for Monty Python's Flying Circus.

The format was presented in documentary style, and purported to show viewers footage from the past. The historical-themed sketches included William the Conqueror engaging in post-battle analysis, Samuel Pepys presenting a TV chat show, Richard the Lionheart relating his exploits in the Crusades in the manner of a laddish holidaymaker and an estate agent trying to sell Stonehenge.

A six-part series, covering almost the entirety of British history in chronological order, was broadcast by London Weekend Television, however, as was the case with many programmes of the time, the expensive master video tapes were later wiped so they could be re-used.

For many years almost the entire series was believed to have been lost. Jones had always kept the location-filmed sketches, on their original film elements, in his own private collection, but the other completed episodes, recorded in front of a studio audience, were believed wiped. However, in recent years a home-recording of the second episode has been discovered.

Two alternate versions of the first episode were also discovered. The series had been written and filmed as seven episodes, but LWT bosses insisted on editing highlights from the first two programmes into one single episode, making the series 6 editions in length. Director Maurice Murphy was so incensed by this bastardisation that he personally kept copies of both original episodes.

Network DVD, who are currently putting together a release of the surviving material, have revealed that they have collaborated with Palin and Jones to re-film lost links. The comedy actors, dressed in suits, worked with the original scripts to re-create the linking scenes between sketches.

Originally intending to release a standard DVD of all surviving material, Network founder Tim Beddows explained in a blog post: "After reviewing the assets we did have to play with, we decided to massively improve the release and have ourselves some fun in the process. 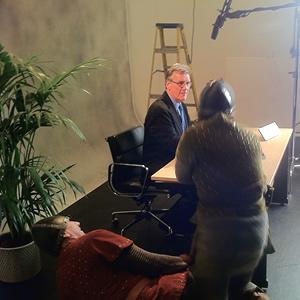 "Despite the loss of a number of complete episodes, Terry Jones had the foresight in 1969 to retain the film insert sketches that would have formed part of the now-missing episodes. Apart from the odd BFI screening, these sketches haven't been seen since broadcast, criminally so because they are as funny as the best Python shows that soon followed."

After beginning restoration of the Jones's film footage to modern high definition standard, it became clear to Network that additional work would be needed to make the episodes watchable. Beddows explains: "It became apparent that [the filmed sketches] would need some (actually, a lot) of additional work. Firstly, they were originally played in live in front of a studio audience and that process also included cueing in sound effects and music that are no longer part of the soundtrack accompanying the film we have. Without them some of the jokes just don't work.

"Then there was the problem of a lack of continuity. Funny as these sketches are, taken out of the context of the original programmes of which they were part, in isolation they come across as a series of unconnected bits of pieces that, presented together, could be mistaken for a lost Python show. As great a prospect as that might be, that's not we set out to achieve."

The producers soon decided the best way to preserve the lost, chronological documentary style was to re-film some of the original linking segments: "Luckily, as well as the film material, Terry kept all the original scripts in various forms and, after referring to them, we realised that we could do some reconstruction work by extracting the pieces of narration that prefaced the sketches in the original shows.

"And so last Friday we headed down to the studio with Michael and Terry to film some new old linking material that will ultimately bind the feature together. Better still there is a recreation of a sketch that was completely superfluous to this project and some entirely new material as a conclusion." 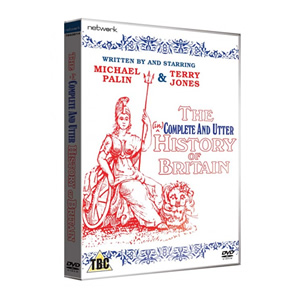 Work is on-going to finish restoration on the programme, with a currently planned release date of Monday 31st March 2014. You can pre-order the DVD now.

Network DVD also revealed today that they have plans to bring out a Blu-ray edition too, saying: "We've now decided that the quality of the restoration of both the film material and new material warrants a Blu-ray release, something we never envisaged when we started out."

Details of the Blu-ray release and pre-order information are expected to be revealed later this year.

Further but un-related news related to the Monty Python group is expected on Thursday. Eric Idle, who has flown into the UK, cryptically posted on his Twitter account: "All will be revealed next Thursday 21st. Python fans should stay tuned", adding "I will tweet the big news the minute I am able. 21st 12 noon. Press Conference in UK. All good."

Below is a video featuring the The Complete And Utter History Of Britain titles and the Stonehenge estate agent sketch: 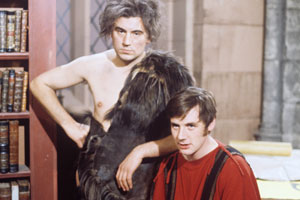 The Complete And Utter History Of Britain