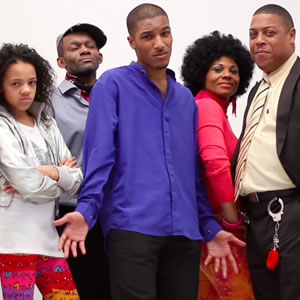 London Live, the Freeview-based TV station set to launch in the capital next year, has signed up a comedy series that started life on the internet.

All About The McKenzies, created by Samuell Benta, follows the adventures of Samuell McKenzie, a young father who aspires to be a Hollywood superstar but is bogged down by his broken relationship.

Eight episodes of the show, each approximately five minutes long, were published on YouTube in 2012, with many of the instalments gaining over half a million viewers. Six full-length 30-minute episodes have now been made, but instead of being published on the internet, they will be broadcast by the new London Live channel.

The local TV station is part of the Government's drive to see more regional programming on television. Launching in early 2014 in the London region on Freeview channel number 8, London Live is aiming to be "the first 24/7 general entertainment channel devoted to the capital".

Broadcast magazine quotes London Live's Jane Mote as saying: "I've watched a lot of things on YouTube - TV execs all spend hours watching YouTube - but trying to find something good is a nightmare. This is a gem."

Samuell Benta, speaking to the Evening Standard, said: "For a network to believe in an individual as opposed to a production company takes a lot of courage. I am hugely excited to have been given this opportunity and it marks the start of a great working relationship with London Live."

London Live is also currently approaching various established production companies to add to its programming base. Mote explains: "For commissions, we're not going to put the same money in that a terrestrial would, but we will be hugely flexible on rights. We're also going to commission quickly."

The new station is to be run by ESTV, part of the media empire of Russian businessman Evgeny Lebedev, owner of London's Evening Standard newspaper and the national daily, The Independent.

Jonathan Boseley, the channel's Head of Programming, told the Edinburgh International Television Festival last month that he rejects "celebrity driven formats" and intends to "champion new talent, both behind and in front of camera".

Last year, British Comedy Guide spoke to Samuell Benta to find out more about how he made the show. Interview

The creator has since written a free e-book called 'How To Create A Successful Web Series That Sells'. Download

Here is the first episode of All About The McKenzies, which was uploaded to YouTube in May 2012. At the time of writing it has been viewed over 551,000 times. 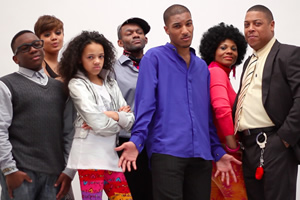 All About The McKenzies