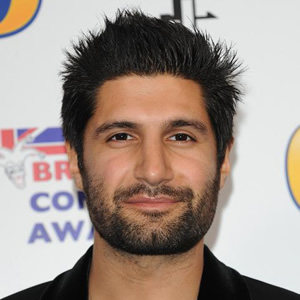 Kayvan Novak (pictured), the star of Fonejacker, Facejacker and Four Lions, is to appear in a new BBC sitcom pilot.

Woody is described as a comedy focusing around an undercover reporter on the run from a drug cartel and a cuckolded boss.

Set on a tropical island, the show follows the fortunes of Woody, a charming and quick-witted investigator. The show will make full use of Novak's character acting talents, with Woody's trademark being that he can adopt a variety of guises at a moment's notice.

The pilot comes from Happy Tramp, a new production company set up by the experienced team of Ben Palmer and Neil Webster. Palmer is perhaps best known for directing The Inbetweeners and Webster is the co-founder of Zeppotron, the company behind hits including 8 Out Of 10 Cats and Would I Lie To You?.

Palmer and Webster met whilst making Channel 4 sketch show Them From That Thing, which co-starred Novak, and have now formed Happy Tramp to develop their future scripted narrative comedy shows.

The company is now understood to have a number of script developments with different broadcasters, and is also in the early stages of development of a film, written by Webster and Smack The Pony star Sally Phillips.

Neil Webster says: "I am incredibly excited to be starting this company with Ben. We both have huge ambitions for Happy Tramp and can't wait to get on with the business of trying to make people laugh."

Ben Palmer adds: "I don't know who this Neil Webber is and I wish he'd stop phoning me for a quote."

News on whether Woody will be commissioned to become a series is expected at a later date. 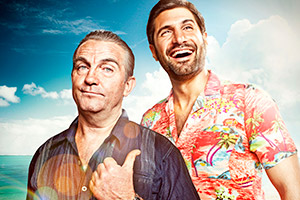