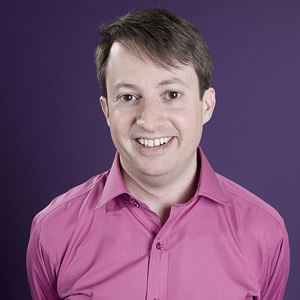 David Mitchell has been unveiled as the host of a brand new panel show for Channel 4.

Was It Something I Said? will see two teams competing in rounds of quotations, tweets, word play, literary references, and famous dialogue from film and television, "to test their verbiage mettle".

Each episode of the series will feature a guest narrator reading out quotes, whilst viewers at home will be able to "play along" via Twitter, and receive bonus content as they watch.

The series will be a co-production between Mitchell's own company, That Mitchell & Webb Company, and Maverick Television. It will mark Maverick's first foray into the comedy field, being best known for a wide range of 'docu-tainment' series such as Embarrassing Bodies and How To Look Good Naked.

No recording or transmission details have yet been revealed, but the series is likely to be intended for broadcast this Autumn.

This commission is one of a number of new shows being linked to Twitter. ITV recently piloted Trending Topics, hosted by Jonathan Ross, whilst the BBC will on Monday be recording a pilot episode of Fat Pipes, involving numerous aspects of audience interaction. The BBC is also known to have been working on an improvised stand-up format based on users' tweets, called @cuff.

E4's comedy programming for the year will include Drifters, a comedy drama about three twenty-something young women experiencing their first slice of the real world post university; and another series of PhoneShop.

Below is a video, taken from the online video series David Mitchell's Soapbox, in which the comedian talks about 'going forward', a phrase he doesn't like: 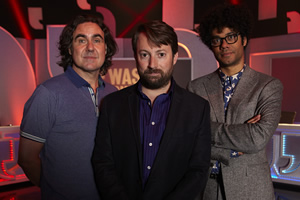 Was It Something I Said?