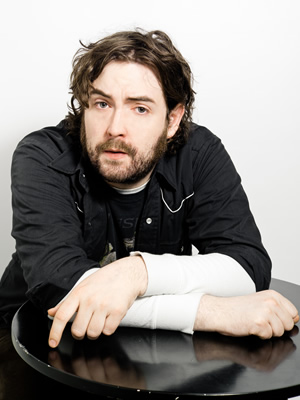 It has emerged that rising stand-up star Nick Helm is working on a new TV format.

Studio time has been booked at BBC Television Centre later this month to record a show titled The Nick Helm Pilot Spectacular.

In The Nick Helm Pilot Spectacular the comedian will "tackle one of life's big BIG issues", with the aim that by the end of the show he will "leave the world in slightly better shape than when he started".

The topic selected for the first episode is 'War'. The production notes say: "Yes, it's going to be a tough call but if there's one person who isn't afraid to attempt such a mission, it's Nick Helm. Come and witness him giving it his best shot in a dazzling cocktail of entertainment, pain, music and ill-advised stunts."

The format is said to involve "a unique mix of songs, sketches, jokes, poetry, special guests, fireworks, costume changes and dance"; a similar mix of features to those heard in The Nick Helm Christmas Spectacular on Radio 1 in December.

The Nick Helm Pilot Spectacular will be recorded on Sunday 24th March 2013. To apply to be in the audience see our free tickets page

Nick Helm is primarily a live performer, however he will already be familiar to many TV viewers with appearances on shows including 8 Out Of 10 Cats and for his regular music spot on BBC Three's Live At The Electric. He has previously worked on a series of Comedy Blaps for Channel 4 and in December took the lead role in the Channel 4 sitcom pilot Uncle.

Below is 15 Reasons, one of his songs for the Comedy Blaps strand: 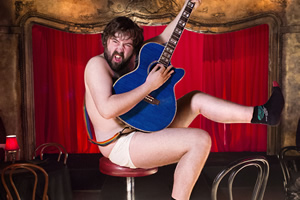