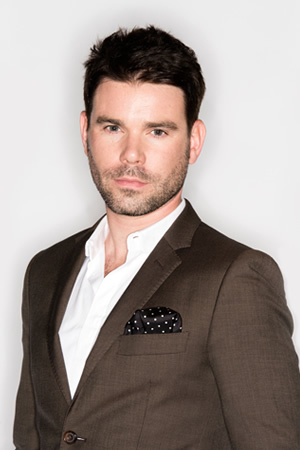 It has been revealed that ITV has ordered a pilot episode of Battle Of The Ages, a comedy format described as "pitting the comic generations against each other, with the simple purpose of discovering which is the funniest."

The show will see the teams go through a series of stand-up rounds and panel games, with - in many of the rounds - it being up to the studio audience to vote for which of the teams they thought was the funniest.

The pilot will be hosted by TV and radio presenter Dave Berry (pictured). Berry has presented various radio shows across his career, and is now the co-host of Capital Radio's breakfast show alongside Lisa Snowdon. His TV presenting credits include The MTV Europe Music Awards and Soccer Aid. He has also appeared as a guest on comedy shows such as Celebrity Juice and Never Mind The Buzzcocks.

Producers describe Battle Of The Ages as follows: "Three teams - the Young Guns, the Middle Ages and the Golden Oldies - compete in a series of rounds mixing panel games and stand-up, in a gag-heavy, family-friendly show that will appeal to all generations."

The full list of guests is not yet known, but veteran comedians Tom O'Connor and Roy Walker are due to take part in the pilot next week, as is circuit regular Hal Cruttenden, and young up-and-coming comedians Roisin Conaty and Rob Beckett.

The format of Battle Of The Ages is similar to Act Your Age, a BBC Radio 4 show hosted by Simon Mayo which ran for three series between 2008 and 2011. Although not confirmed, British Comedy Guide understands the creators of Act Your Age are involved in producing this new TV version for ITV.

The Battle Of The Ages pilot will be recorded at RADA Studios in London on Thursday 7th February. To apply to be in the audience see our free tickets page.

The above show is the fourth ITV1 pilot to be revealed this week. The commercial network is currently seeking a new entertainment show to complement its new raft of sitcoms (which will include Vicious and The Job Lot). The other ITV pilots announced are topical panel show Oh What A Week!, Alexander Armstrong's You Couldn't Make It Up, and improv format Chat Show Roulette.