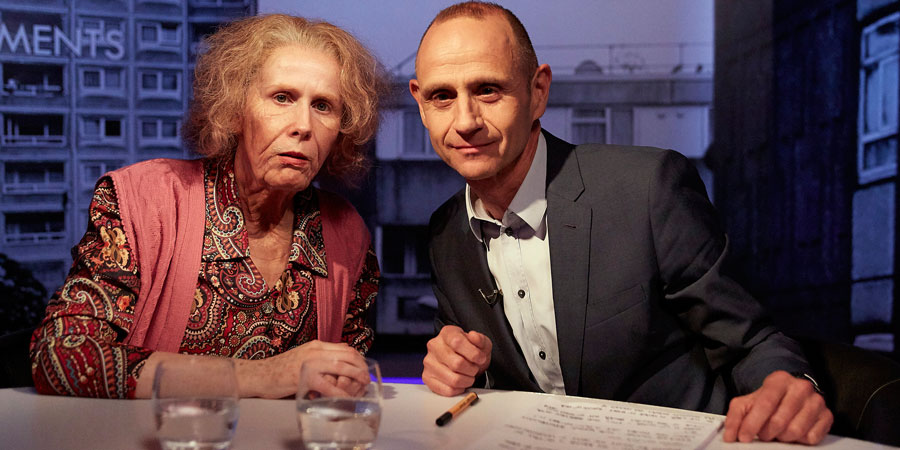 When the freehold on Nan's block of flats is bought up by property developers, all the residents join together to fight for their survival. All except Nan, who bought her flat in the 1980s and finds herself holding a unique position of power.
Preview clip

When the freehold on Nan's block of flats in London's newly fashionable East End is bought up by some ruthless property developers, all the residents join together to fight for their survival. All except Nan, that is, who, having bought her own flat in the 1980s, finds herself holding a unique position of power over the developers and their oily representative, the unfortunate Charles Wilmott.

In this episode, Joannie Taylor finds herself centre stage in the Newsnight studio facing a grilling from presenter Evan Davis.

Evan is of course no stranger to awkward interviewees, but Nan was almost too much even for a man of his considerable experience. He said of his meeting with the irrepressible pensioner: "I always think a dream edition of Newsnight is one which is unpredictable, occasionally uncontrolled and in which the guests really speak their minds. But strangely, while Nan delivered all these qualities, I'm not dreaming of interviewing her again soon".

Some months after their explosive confrontation he adds: "I think I've recovered now".

Nan decides the tenants in her tower block need her help, whether they want it or not.