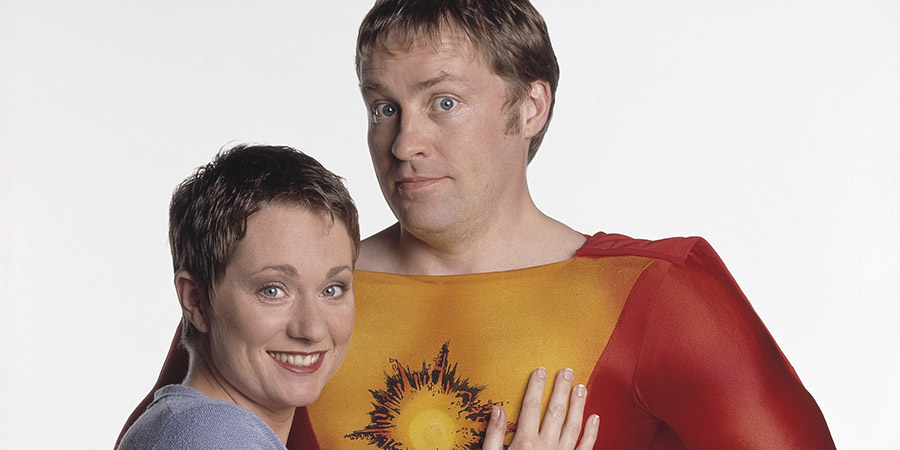 Super hero Thermoman struggles to understand the Earth way of life, but attempts to keep a family in suburbia all the same

Thermoman, a super-hero from the planet Ultron, arrives on earth in the guise of Irishman George Sunday. He tries his hardest to understand and follow Earth culture but his frequent misunderstandings often lead to sticky situations.

George marries nurse Janet Dawkins and so, when he's not saving the world, he has to put up with her patronising parents Ella and Stanley, psychopathic colleague Mrs Raven and egotistical boss, minor TV celebrity doctor, Piers Crispin. Janet isn't any luckier though as George's pals - scheming Arnie and delusional Tyler - are just as bad.