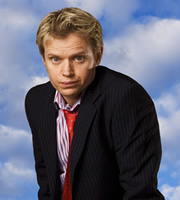 Martin is a series of contradictions, not least because he himself dislikes inconsistency. He is neurotic yet smug, a control freak whose life is dictated to him by others, notably his wife and his boss. He thinks he's cleverer than everyone, but can't stop telling himself so - so he's not that clever.

A bright under-achiever, he has married above himself, but then took his wife for granted. He constantly tries to do the right thing - provide for his family, be there for his son, share the household chores - and is left confused and distressed when it turns out that doing all these doesn't stop things from going wrong.

As Mutual Friends opens, Martin's best friend, Carl, commits suicide. Carl, Martin and Patrick all went on holiday together years ago in Thailand and only now are Martin and Patrick brought back together, because of this terrible tragedy.

At the wake after the funeral, Jen tells Martin that she slept with Carl twice - Mutual Friends follows their stories as their lives begin to unravel. 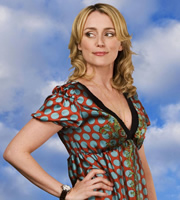 Jen is married to Martin and they've been together for 15 years now. However, she's getting a bit twitchy and unsettled and she wants more from life. She would like another baby.

She sleeps with her best friend's husband - who also happens to be Martin's best friend. But it's not just a one night stand, as she does it again. This all becomes apparent to Martin at Carl's funeral when she blurts out the truth.

She's now a woman on the verge of a nervous breakdown. Partly because she is her own worst enemy. She has a constant, nagging sense that things ought to be better. This makes it very difficult for her to be happy.

Deep down she kind of knows it's her problem, but is unable to change herself, so she ends up blaming everyone else and usually Martin. 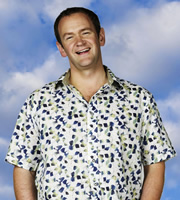 Patrick is one of those men for whom everything just seems to work out. He effortlessly cruises through life, getting girls, money, success without really trying.

His natural charm, wit and insouciance have enabled him to avoid confronting adult responsibility almost entirely. When the bubble bursts he has none of the emotional tools required to deal with it.

He is one of those people who's kidding himself that he's still in his early twenties. He's still very happy to be sleeping with three different women a week - it doesn't bother him at all - while his friends have all settled down and had children.

When Martin's marriage suffers its problems, he brings a dash of colour back into his friend's life. He makes Patrick play Wii games, pool and golf.

Patrick has an absurd relationship with his ex-fiancée Liz. He walked out on her in childish commitment-phobe style, but he's so cool that she kind of forgives him now and can't bear to hold a grudge against him. 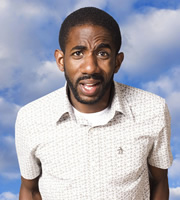 Dev is a housing officer and is seemingly happily married to Anita, with a gorgeous five-year-old daughter. However, he starts getting a fizzy feeling in his stomach when around Carl's widow Leigh. He doesn't quite know what it means... until he has one beer too many and leaps on her!

Dev has a puppyish enthusiasm and lack of sophistication which is charming but also means he is chronically prone to faux pas and is at the mercy of his emotions. 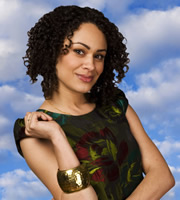 Anita is a no-nonsense sort of woman who has the classic northern 'virtue' of plain-speaking. Or she's just rude, depending on your point of view.

Anita is quite a lot younger than the rest, but sees herself as a bit of a motherly figure. She's a gossip, likes to be at the centre of things, is competitive of friendship and materialistic, too.

She feels her husband, Dev, is completely incompetent and so she is very controlling, quite hard and blunt. What will she do if she finds out Dev fancies Leigh? 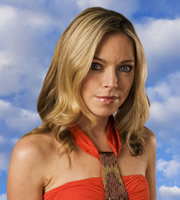 Liz is Patrick's ex-girlfriend. They were together for a while and nearly got married but, surprise surprise, Patrick got cold feet and left her.

They're both moving on - she's recovered superficially from it, and we discover in the first episode that she's now having a relationship with Harry, Patrick's former business partner and now arch rival.

However - despite having no maternal instinct whatsoever - Liz is aware that her reproductive window is closing and there's only one person she would ever want to have a family with.

She is extremely strong and very tough but, irritatingly for her, she's basically still in love with Patrick. Her head is saying Harry and her heart is saying Patrick! 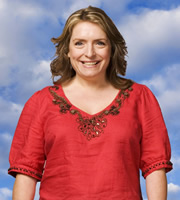 Leigh is bubbly, gregarious and nurturing. She had everything she wanted out of life - a husband, a home and three lovely kids to look after. Then her husband Carl shagged her best friend Jen. To make matters worse he then threw himself under a train.

But Leigh refuses to let her husand's suicide defeat her and so she outwardly maintains an optimistic, flighty, 'worse things happen at sea' persona. To some this makes her a rock, to others a fruitcake.

It soon turns out that Carl's short fling with Jen has left Leigh high and dry financially. Her house is repossessed and she has to move into a council estate. Nut, despite it all, Leigh is one of the seemingly happiest, brightest, most jolly and positive people. That's her way of coping. We don't see her confronting the reality. 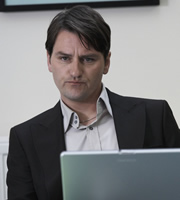 Harry is Patrick's business partner and the co-owner of the catalogue business they run together... or at least he was...

Ruthless and cold-hearted, Harry is now attempting to wrestle Patrick's half of the business away from him. Harry's aim being to become the sole recipient of the company's profits from here on in. He is using a whole team of lawyers to make sure he wins and bankrupts Patrick in the process too.

What is an even bigger blow though is that Harry is currently dating Liz, a move that is clearly designed to try and make Patrick feel even worse.