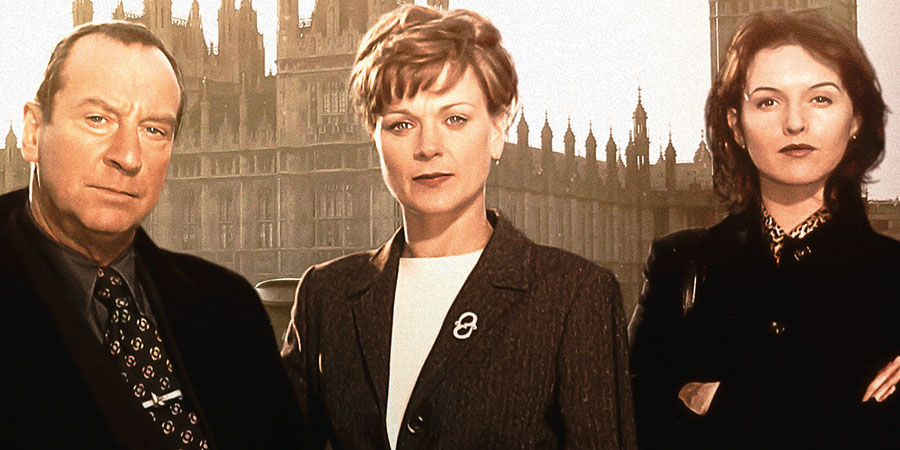 Satire by Guy Jenkin, based on the election of former BBC war reporter and "man in the white suit", Martin Bell, to Parliament

Ben White is an ex-TV foreign correspondent who stands in a General Election as an independent on an anti-sleaze ticket, put up to do so by the opposition after the incumbent is hit by a number of scandals but refuses to resign. Despite having no experience as a politician, on election night Ben wins a huge majority and significant victory against his opponents, the notorious Conservative Paul Madison and his vociferously supportive wife, Victoria.

When White goes to Westminster he attempts to pass a new law to curb press freedom but immediately finds himself a target of press harassment in the form of tabloid report Pam 'The Ferret' and her paper, The Comet. And he is reunited with an old (married) flame, new Labour MP Helen Nash. Soon Ben finds his private and political lives laid bare to public scrutiny in a world of media intrustion, parliamentary skulduggery and illicity romance.

Can Mr Clean survive the sleaze?