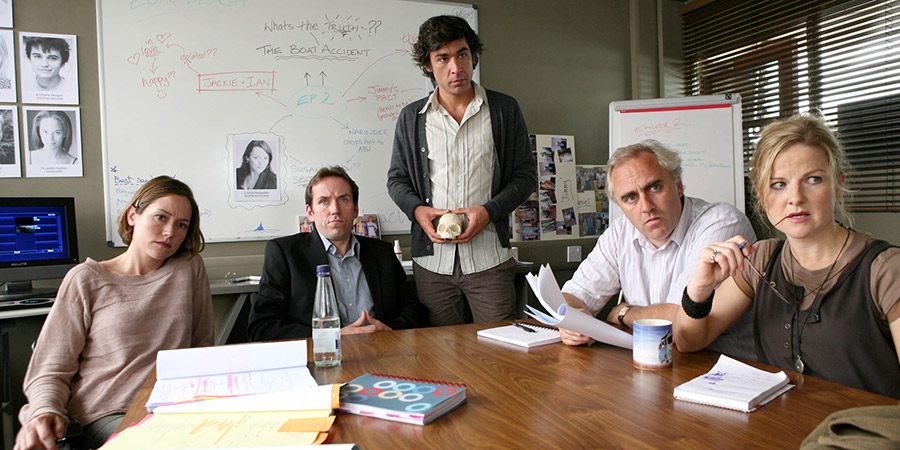 A comedy show about a TV producer and his writing team. In a unique twist, this comedy is paired with genuine, real ITV dramas (first Echo Beach, now Renaissance) so that the results of the fictional characters' work can be seen. For example, in Moving Wallpaper we see the crew struggling to make a young child actress cry - in the subsequent Echo Beach the resulting crying can be viewed.

Jonathan Pope is a brash, egocentric, and ruthless TV producer who will stop at nothing to create a hit TV show. We first meet Jonathan as he is parachuted into TV soap Polnarren by ITV and given the task of turning it into a hit. Within minutes he has ripped up the scripts, re-named the show Echo Beach, hired in younger, sexier actors, signed off expensive stunts and ordered himself an LA-style bathroom for his office.

Jonathan is not actually that good at his job, but somehow he always seems to get away with it. However, he isn't fooling Nancy Weeks, the Head of Continuing Drama at ITV. She is less than impressed and looking for the first possible excuse to fire Jonathan.

Although Echo Beach has been cancelled, a clause in Jonathan's contract means ITV, much to Nancy's annoyance, must offer Jonathan a new pilot. The result is Renaissance, a zombie thriller. Will Jonathan manage to create a hit show or will he and the team soon be looking for new jobs?

Renaissance will be shown on www.itv.com on the 3rd April.