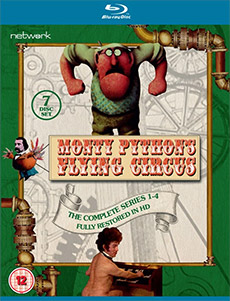 Previously edited sketches have been returned to their original length while filmed sequences and Terry Gilliam's animations have been newly scanned in high definition, adding unimaginable depth and clarity to classic moments.