To celebrate the 50th anniversary of a genuinely iconic series, Network presents Monty Python's Flying Circus Series 4, starring Graham Chapman, Terry Gilliam, Eric Idle, Terry Jones and Michael Palin, in all its HD glory! This pre-eminent restoration has been produced from the best available materials, painstakingly restored, and terror and destruction are sure to follow.

From the archive come genuine rarities including previously unseen studio outtakes and extended versions of filmed sketch material, making this the ultimate in television restoration and a must-have for every generation of Python fan. 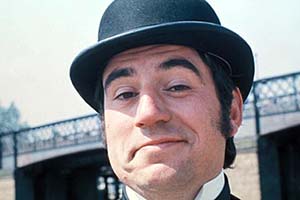