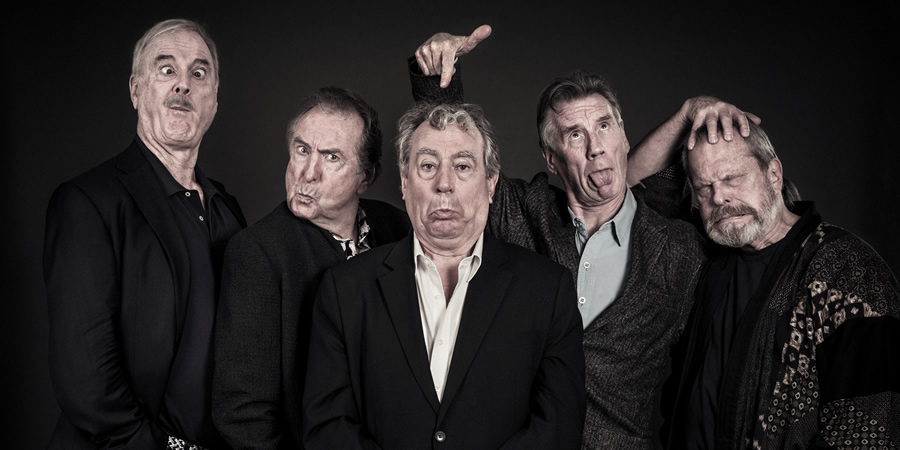 Monty Python Live (Mostly) is a live broadcast of the show's last night - their final ever performance, on Sunday 20 July 2014.

Shown live on Gold and broadcast in more than 2,000 cinemas across the world - including over 450 in the UK alone - there are classic sketches aplenty, some with a new spin, performed by John Cleese, Michael Palin, Eric Idle, Terry Jones, Terry Gilliam, and from beyond the grave the late Graham Chapman.

Tagline
One down, five to go.
Part of