Kali embarks on a campaign of psychological warfare against Vanessa Feltz. Marion tries to impress a long lost son with his special brand of fatherly advice. Destiny adopts extreme measures to get her paws on a decrepit old dog's unusually squeaky toy. Nelson tries his hand at matchmaking.
Preview clips 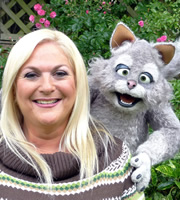 Marion gives his son Leslie some terrible advice in this urban song.

Destiny tries to entice an elderly dog into giving her his squeaky toy in exchange for a rather exotic display.

Marion bumps into an ex-lover who is less than impressed to see him.