It's Vince's wedding day and Nelson is thrilled to be his best man. Now all he has to do is to find just one nice thing to say about Vince in his speech - or die. Destiny adopts a high-risk strategy to avoid sitting at the singles' table. Kali is faced with a difficult dilemma over the wedding buffet - is it acceptable to eat your own cousin?
Preview clips 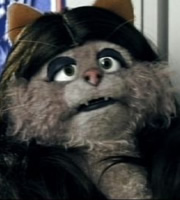 Song: Vince Is A Massive C*** - Sung by Vince, with Nelson and various others.
Written by Adam Miller.

The Mongrels take on Twilight.

The Mongrels take on the movie Freaky Friday.