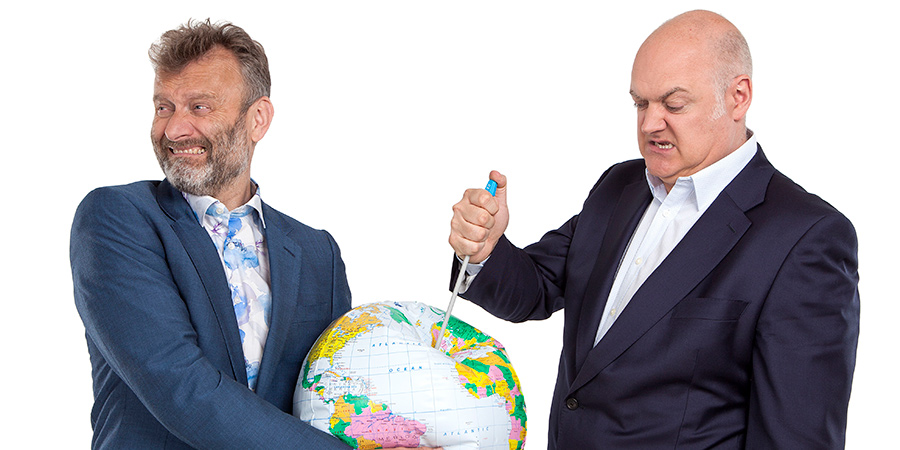 Dara O Briain and Hugh Dennis discuss the return of Mock The Week. Series 19 kicks off with the country still battling coronavirus.

What can we expect from the new series?

Dara: This will be Mock like you've never seen before; possibly in a perspex box, possibly behind a 14 metre long desk; the Government are changing this minute by minute!

Hugh: It's all going to be really odd for us, I think. What I'm most looking forward to is my new Mock The Week mask which I just found out about; they've had branded masks made. And I'm interested to know what's on the front of it, whether it's the Mock The Week logo or whether we've all got a picture of Dara or something covering our mouths. It's the thing I'm most looking forward to!

Dara: There are times on Mock The Week where we complain that there hasn't been enough news; I now want to apologise for that!

Hugh: As always, I hope people find it [the new series] funny! When we did Brexit, which is still going on of course, I remember saying to Dara after the referendum that this is like tantric satire now, we've got to make it go on two years so don't waste it all now, remember to hold stuff back. We never know what's going to come around the corner and that's why we need a weekly show like Mock The Week. 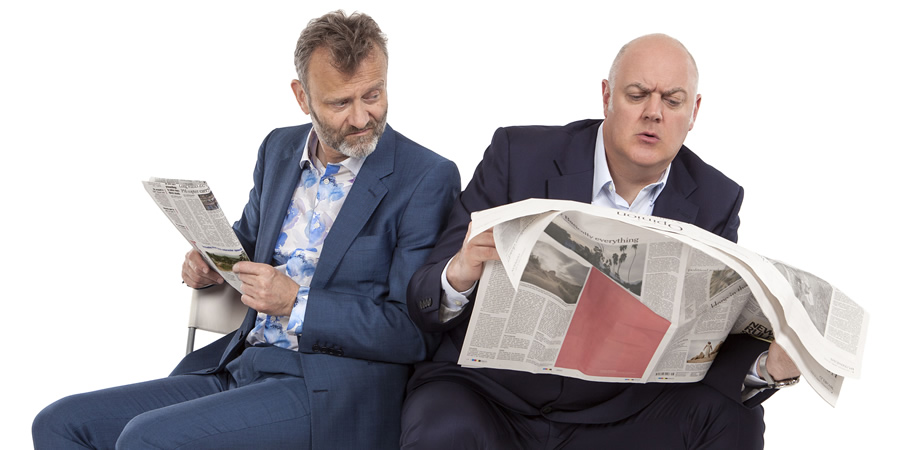 It seems like the news agenda has never been more turbulent. How do you think this will impact the topics covered in the new series?

Dara: To reflect the national mood, each show will begin with me screaming noiselessly into the camera for five minutes.

What guests are coming up on the new series?

Hugh: Well, I imagine there will be lots of old favourites returning and I know Tom Allen is doing show one, who I love. I don't know who is coming in, it's going to be a delight to see who will be sitting next to me through a perspex screen. I mean I could ask, but I like the surprise!

When you return to Mock The Week after a break in filming, does it take you a while to get back into the swing of things or is it second nature, like riding a bike?

Hugh: It's always a bit scary actually, if I'm honest. I often get asked this question of whether I get nervous before I do a show, whether its live or TV, and I kind of think you'd be insane not to feel a bit nervous, because it's quite nerve wracking isn't it? But you do pretty much get straight back into the swing of it. A live show has a different sort of energy, while you can be saved by the edit in Mock The Week, or that's what I'm hoping!

Do you ever watch reruns of Mock The Week?

Hugh: It's quite difficult to miss them! But I tend not to watch them, I don't really like watching myself at all. 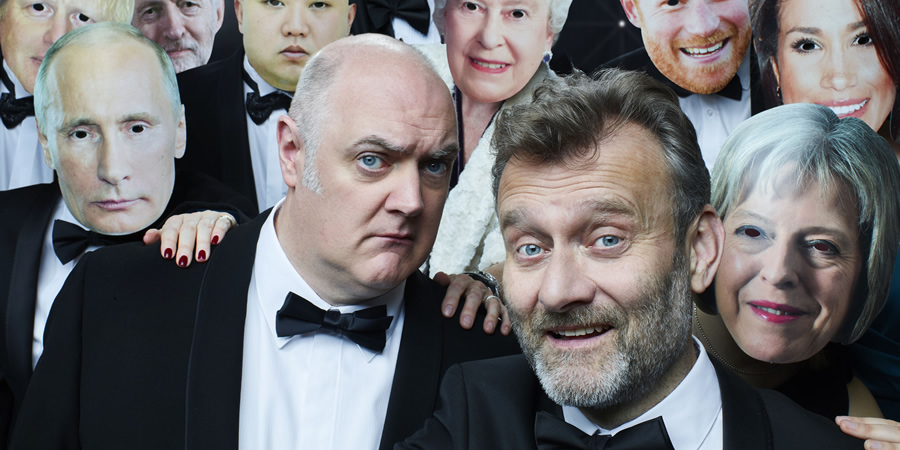 Is there a particular Mock moment or joke that stands out for you from the last 15 years?

Dara: We were talking about private browsing with Ed [Ed Byrne] and we went through various different puns like Major Difficulty and General Disorder and I said 'Colonel Abrams and myself and Ed'. The only two members on the panel who were old enough to know who Colonel Abrams was just died laughing for about five minutes. It all became about Trapped by Colonel Abrams, a song which no one else on the panel could remember but is a banging hit of the 1980s. And then, god love him, when Colonel Abrams passed away not long after, people got in touch to express their sympathy to me. Honestly there are times where you make yourselves laugh and it carries a lot of energy.

What do you think it is that makes Mock The Week such a firm favourite with audiences after being on air for 15 years?

Dara: Honestly, it's nothing to do with left or right, the stuff people remember is the stupid stuff, that's what makes this debate on political bias hilarious. What people remember is I look like the Megabus Man and other silliness.

Hugh: I think it's because there is a never ending turnover of comics and it's bringing through great comic talent and it also has a balance between doing serious stuff and other times drifting off into a tirade of different types of jam. It covers all the bases, I think!