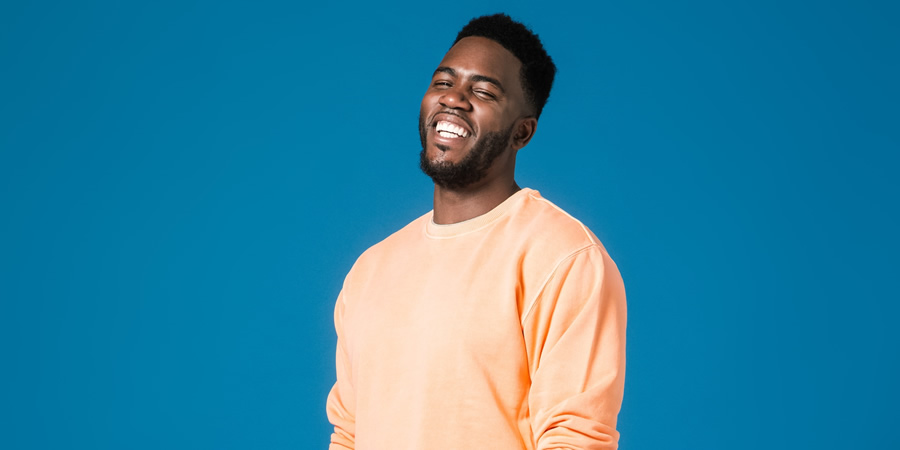 A chat with Mo Gilligan, as he prepares to host Channel 4's new lockdown comedy show live from his house.

So, All Star Happy Hour is live and from your very own living room. What can we expect?

I want the show to boost morale for an hour, ideally take you away from the news you hear every single day - no lockdown, no coronavirus. Hopefully I can bring good vibes to everyone's working week.

Congratulations on the success of #QuarantineGames, which you've been playing on social media. How did the idea come about, and did you expect it to take off in the way it has?

I didn't at all! I was just like everyone else, at home and wondering what to do. I think the first week or two weeks was really hard for everyone - all of us indoors at the same time. I like talking to people, so I went on Instagram Live, thought I'd play a game and it grew from just asking questions and having some small prizes to giving away from things I had at home like a PlayStation game I'd never opened and some Beyonce perfume.

People seemed to like it, so I upped the levels, bought some stuff online and it kept growing. I wanted to give away a really cool prize so I found this wheel online that you could spin, bought it... and the rest is history!

It just became this thing where people messaged me saying I really look forward to this every week and it cheers me up. I was only going to do it as a one off, but the feedback was really positive, so it became every Wednesday and Saturday and it's been really nice. 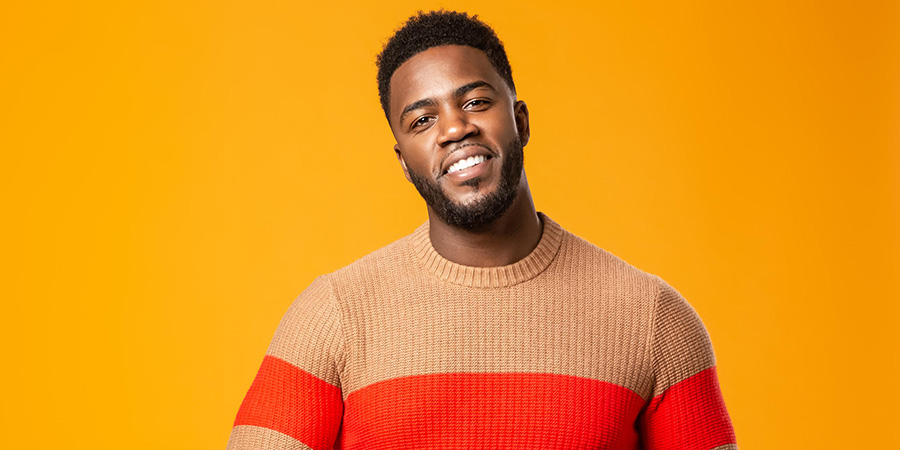 Your production company Momo G is co-producing All Star Happy Hour. How involved do you get?

Very involved - we do Zoom calls every single day. I'm quite lucky that I've got a lot of the equipment at home to do the sketches and lives and I'm going to be the one on the TV doing it, so I need to - and want to be - very involved.

Even if it wasn't my production company making it, I'd still want to be part of the process. We're not just making this show because we're indoors, it's so important to still make it fun, making it more of what people have really enjoyed from Quarantine Games.

Can we expect to see some of your characters popping up in the series?

Yeah definitely! I think everyone wants to know how they're keeping in lockdown so it would be a shame not to show them. Some of the characters will be making cameo appearances and you might also see some new ones.

How are you feeling about the show being live? No dodgy wifi connections we hope!?

I'm really excited because that's the thing that makes the show for me. As it's live and in my house, anything can happen - from my neighbour coming over to tell me it's too loud and me having to tell him I'm making a TV show or, yeah, the internet going down!

Might we see Big Narstie taking part in one of the games?

Hopefully - I'd just need to make sure he's on time! I'd love to get Big Narstie involved in some capacity though.

What sort of things have been keeping you amused in lockdown?

I've been watching a lot of old TV like Only Fools And Horses. Things I'd never normally go to watch - stuff like that really makes me laugh. And the internet is always funny, I'm always on the hunt for funny videos, funny memes.

People's creativity with things like TikTok and Instagram is amazing - in times as hard as these, it's great to see people are still finding ways to amuse themselves and amuse each other.

One of the best things about all the interviews celebrities are doing at home is seeing into their houses. Any house envy yet?

I haven't, but I've been looking at people's gardens so when I get a glimpse of a garden, I'm like 'oh they've got a nice garden, I wonder if they've got a baseball patch.'

Some celebrities have got some lovely houses though, I feel a bit under pressure now with the show! I've got to start cleaning...

We know hair is a big thing for you. How have you been managing?

I haven't! I've just been wearing what you'd call a durag.

I could wear a hat but I'm not really going to wear a hat at home. I've been doing my normal skin and hair routine and if anything, my skin is a bit better as I've got a bit more time to look after myself. I tend to get my hair cut at least once a week but I'm quite intrigued to grow it and see what it looks like; it won't be like this again! But you won't be seeing my natural hair on the show, no way. 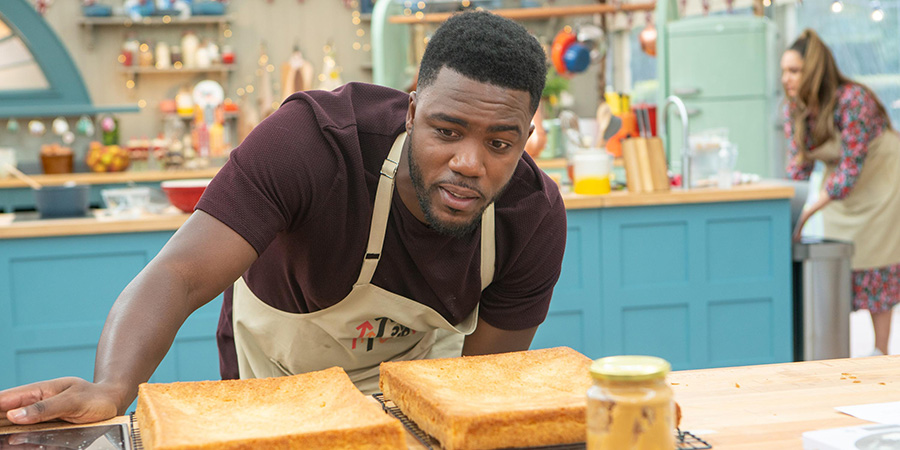 We most recently saw you on The Great British Bake Off where you made some pretty memorable jam. Have you had a chance to perfect your jam skills?

I went to buy some jam and couldn't find any, but I did find packs of jam sugar so now I have 12 packs of that so I'm going to start teaching the nation how to make some jam. The term Jam King has been coined so now it's time to start getting into production.

What's been your lockdown snack of choice?

I taught myself how to make fish fritters, so I've been making those - I managed to track some flour down! I tried to make biscuits, but they didn't work out so well so back to the drawing board for those... And pineapple punch which you make with condensed milk and pineapple juice.

My girlfriend and I make sure we have a Sunday roast, and on Saturday we'll have something like tortillas and watch a film. We want to make sure weekends are still weekends as every day just pales into one at the moment.

Why should people tune in?

It's going to be different to a lot of what you see on TV at the moment - it's a laugh, it's live, there'll be celebrities playing games with the public and you just don't know what's going to happen. There are also some really cool prizes, one in particular. I won't spoil it, but I did say, "if no one wins this, can I have it?!" I'm hoping viewers will be quite exciting and surprised!

You are an exceptionally busy man. What's next for you?

Well hopefully, the tour! It's weird because I would have been on tour on the day the show goes out (4th May) in America. But with the situation at the moment, there's no rush, if it gets delayed, it gets delayed. The safety of everyone out there is the big priority.