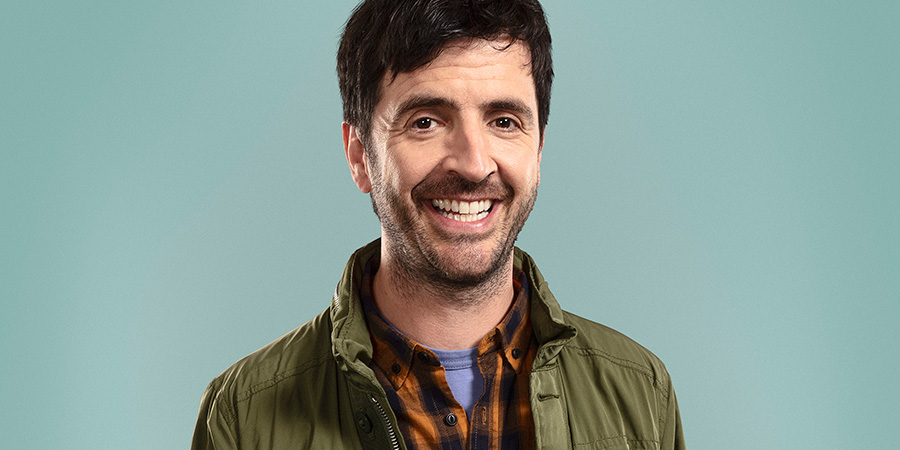 How did you get into this project? What drew you to it?

I did an Edinburgh show that was quite prop-based and visual humour. The writer Matt Morgan saw it, along with someone from the BBC - that's when the first connection was made. When the Beeb asked me if I wanted to do it I was like: "Yes please!"

How did you contribute to the script?

I was involved right from the start. I had long chats with Matt about the content and storylines. Once Matt had then fleshed out ideas, I added visual gags and thoughts. We also talked about real-life incidents that we'd heard about. Once the scripts were in place, me and the director worked for a couple of weeks together on the visual and physical aspects.

We discussed where I'd fall, where I'd turn... the visual gags. There were lots of conversations between myself, the producer, the director and the writer - there were four people involved in that room.

Did you ever get the giggles while filming?

Yes absolutely. Oliver Maltman plays Steve, Leslie's mum's boyfriend and he killed me on our first day of filming. He ruined me. I don't know what it was, but I'd never had the giggles like I've had with him. It was insane. It was embarrassing. It was the first scene we shot, when I was sat opposite him and Harriet Thorpe. I thought I'd get in trouble and I was gutted that it happened on my first day. Every time I looked at him, I cracked up... And we didn't even know each other then! But he's just got that something. It's naughtiness... it's a schoolboy thing, like when you get caught in school.

Have you had any particularly Leslie-like embarrassing moments?

Every day! I went to a Bafta nominee drinks the other day. I had this one pair of trousers that were okay to wear, so I had a bath and went downstairs in my pants and socks - nice new pants and new socks, it's the Baftas! I put the trousers on the ironing board, put my headphones on, started listening to Shaun Ryder... literally as soon as the iron touched the trousers, it burned a hole in them straight away.

An actual burn... I peeled it off: "Oh no no no"... This was an hour before we had to leave! I phoned everyone on my street, trying to work out who had the same sort of legs as me. Nobody's answering. So I go upstairs and find a pair of trousers that the button's broken on... But it's not a button, because I can sew on a button, it's one of those metal clasp things. So I get a safety pin, which I hide underneath and create a little clasp. Perfect!

So I'm walking up to Bafta and as soon as I get there, just about to have my photo taken and it pops open. I had to walk around the Baftas with my trousers undone. 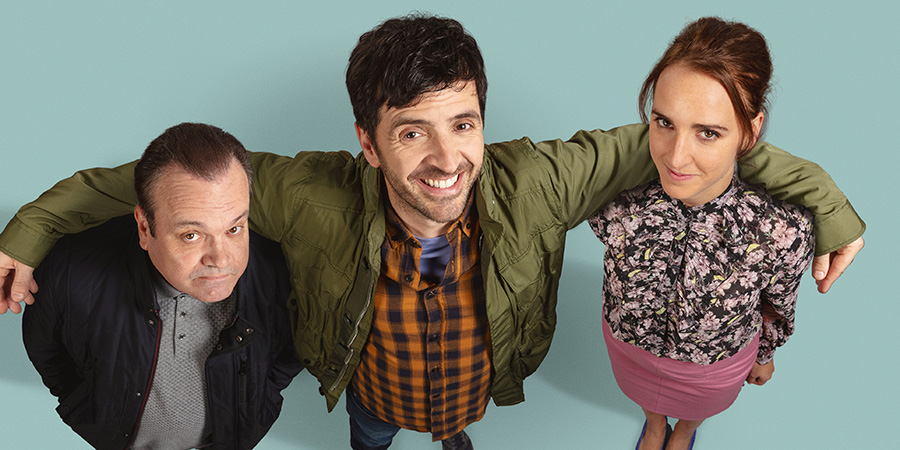 How was working with the other cast members?

Shaun Williamson plays Chris, Leslie's girlfriend's father. Shaun is a joy. He's a lovely man and so clever too. He's brilliant and so helpful. He knew that I'd have quite a lot to remember with regards to lines and where I was standing and the positions I was supposed to be in - and even when he was off camera and just feeding me the lines, he was nodding and looking at different parts of my body that I was supposed to be moving, just to help me. You don't get that from every actor. He's a real giving, lovely man. He was great.

Lucy Pearman is a national treasure in waiting. I really think she's going to be the one. It felt like we were in the same boat together on this show - we're both brand new and from a daft background. She's a farm girl, I'm from Plymouth...

Lucy plays Leslie's girlfriend Jemma and does a great job with it. It would have been so easy for her to have played Jemma as a nagging girlfriend, which we've seen a million times, but she doesn't. It feels like Leslie and Jemma are on the same team. In one look Lucy can say: "I hate you, I love you, I'm so pleased that I met you, why am I with you?" - all at the same time. And really those contradictions are there in every relationship that has stood the test of time.

It's been such a long, weird journey. I dabbled in comedy when I was 18. I did three gigs in a double act. The third gig I was got booed off stage by 40 of my mates because I'd ruined a sixth form party by doing comedy when everyone else wanted to music to dance around, get off with each other and drink snuck-in vodka to. I came to London shortly afterwards to explore the world of acting and comedy, but I didn't do any stand-up gigs again until I was 24. I've always known that I need to keep trying new stuff on stage and luckily it seems to work. I often take influences from the clowning world and add it to my characters and music work.

I've done it all on the way here - I was a wedding singer, a runner, a producer, a driver, an editor... But I've always loved comedy. 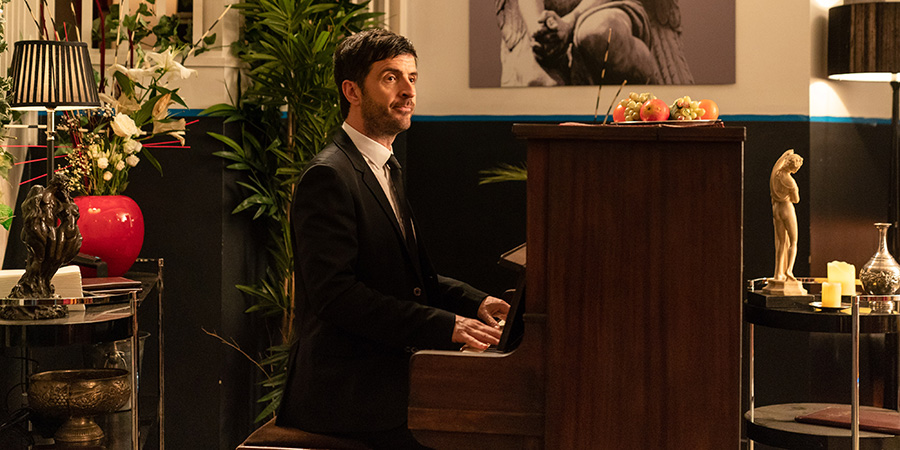 Who is your inspiration?

I take inspiration from my children all the time. I'm the third funniest person in my house, but I'm not even in the top ten on my street. There are some proper geezers on my street who are hilarious. But my kids are funny. They pick up on my thing and they'll say: "Daddy, what about this thing for your show?"

What can audiences expect from Mister Winner?

Matt Morgan has written great scripts. I think the director has made something that looks beautiful and contemporary. It feels nice and fresh. We've also got something that all of the family can enjoy - there's nothing dodgy in there. You can sit and watch it with anyone. There's good visual humour and gags. Matt watched a lot of the old stuff for this - he watched people like Harold Lloyd, Charlie Chaplin and Laurel & Hardy.

There's also heart in the series. It's genuinely a story about love and trying to make ends meet. Like a lot of people these two are a bit skint, getting through life and trying their hardest.