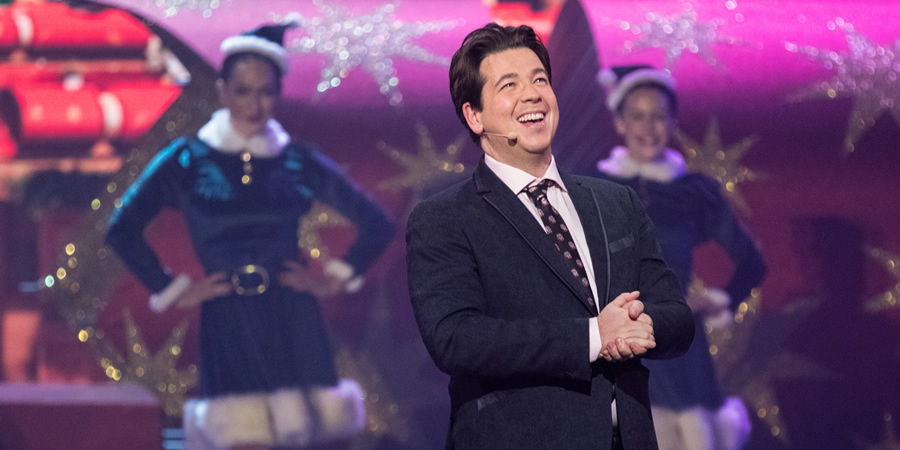 Michael presents a night packed with Christmas treats and unmissable surprises including a special guest handing over their phone in Send to All, another spectacular Unexpected Star and one unsuspecting member of the public gets a big surprise.
Preview clips

In this entertainment special recorded at the Theatre Royal, Drury Lane, Michael presents a night packed with Christmas treats and unmissable surprises - including hilarious stand-up from Michael and live music from Welsh soprano Katherine Jenkins.

Former footballer and TV presenter Chris Kamara - better known as Kammy - plays Send To All. What responses will he get to his unusual Christmas wish list?

A mum from York gets the surprise of her life to discover that Michael been in her house, he knows all about her! Closing the show a magical performance from the Unexpected Star, as 22 year-old Paige from Nottingham gets to sing one of the world's best known Christmas hits.

Chris Kamara plays Send To All

A mum from York gets the surprise of her life when she finds out that Michael not only has been in her house, but he also knows all about her.

Michael pranks Paige, who thinks she's arrived at the BBC to be the voice of Christmas TV before the studio falls apart and she gets to sing one of the world's best-known Christmas hits.