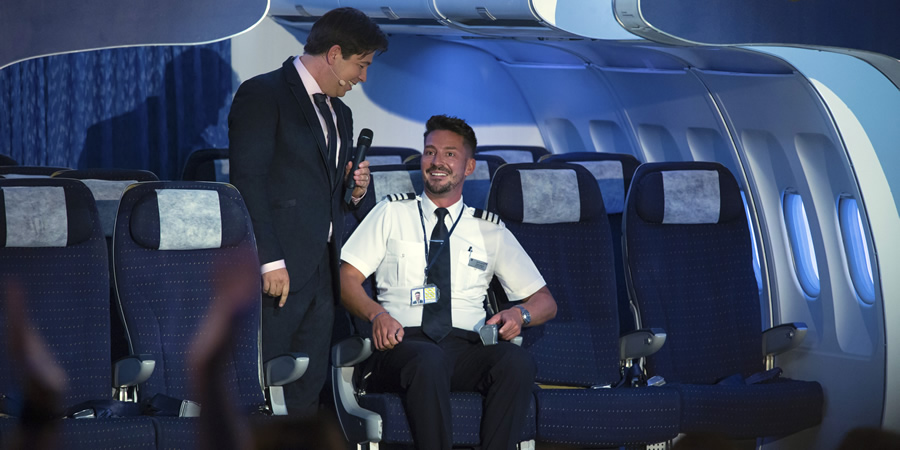 This week there's a spectacular musical performance from the one and only Kylie, and audience members are in for a big surprise when they end up taking part in a very special karaoke - or should that be Kylie-oake? Doctor Who star Bradley Walsh hands over his phone to play Celebrity Send To All, and Michael makes an airline pilot's dreams of performing on the west end stage come true, as he becomes the Unexpected Star.
Preview clips

Michael McIntyre reveals some of his pet peeves and horrors when flying.

Bradley Walsh plays Send To All

Michael McIntyre causes mischief with Bradley Walsh's phone as he rifles through his photos and then sends an embarrassing text to his contacts.

Kylie Minogue helps Michael surprise members of the audience by filming them with hidden cameras as they perform her songs.

Michael McIntyre's Big Show builds a life size plane on stage to surprise pilot Stuart and fufill his dream of performing on a West End Stage in the Unexpected Star of The Show. Stuart performs The Impossible Dream.