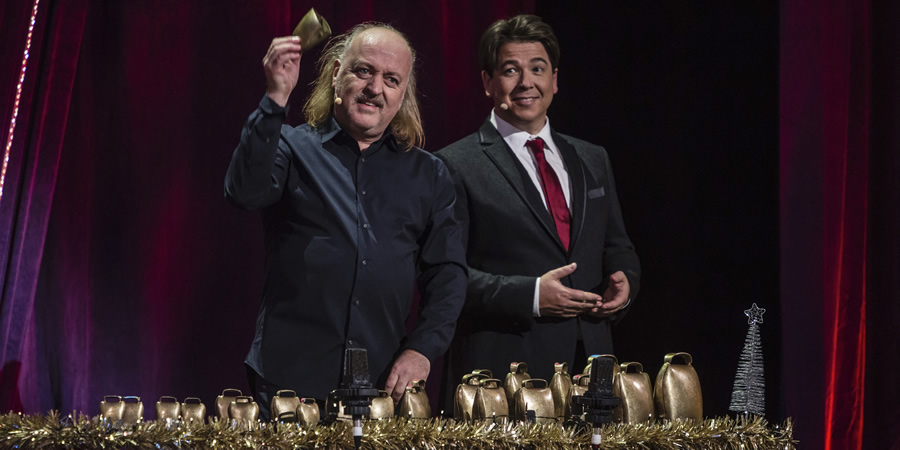 Plus a very special guest will be bravely handing over their phone in Celebrity Send To All and Father Christmas gets the surprise of his life before delivering a spine-tingling finale as the Unexpected Star.

After sliding down a chimney and onto the Big Show stage, John delivered a spine-tingling performance as the Christmas Unexpected Star.

Send To All with Alesha Dixon

Britain's Got Talent star Alesha Dixon hands over her phone to Michael who sends a funny, festive text to her contacts.