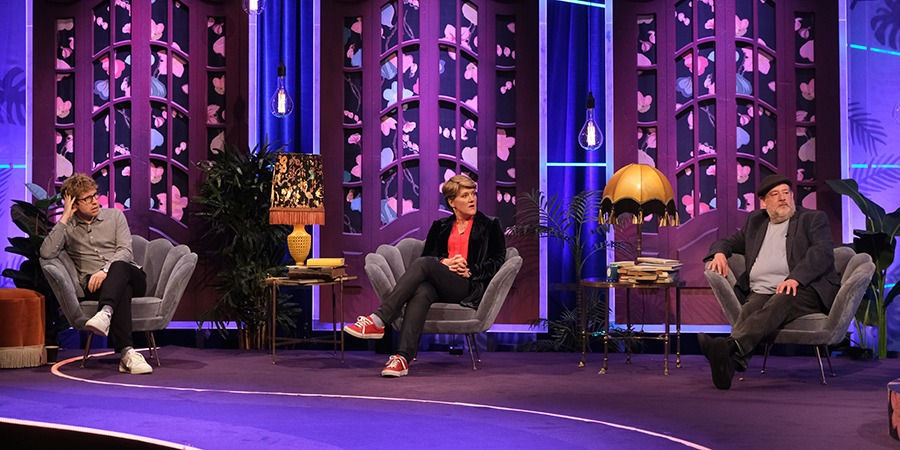 Johnny Vegas overshares about what he used to get up to in the bath, Josh Widdicombe tells all about the time he ruined hundreds of Beckham fans day, and Clare Balding admits blaming her brother for a bowel movement in the bath 40 years ago.

Not only that but Clare was naughty at school, Johnny tricked his boss into multiple leaving dos and Josh pranked Chico.

The drone delivers evidence from more of the guest's past misdemeanours including Clare cheating her weight to win more champagne and lying about an accident involving a bike, Josh playing a prank on a fellow comedian and stealing a bed, and Johnny tells all about selling his sisters favourite fish for booze.

In the final round there are sinful tales from the Unforgivable audience including someone stealing their dads car, a girl who killed a load of frogs and a someone who tricked their children into believing that their cat ornament was real.

Johnny Vegas and the mucky magazine

Johnny Vegas tells the panel about finding one of his brother's mucky magazines and the impact of Jean on his life.

Josh Widdicombe tells the show about the time he tricked a fellow comedian into believing he was the subject of a tabloid front page story.

Mel lets rip with a giant burp and Clare Balding confesses to the time she took revenge on the farrier who she thought was going to do harm to her horse.