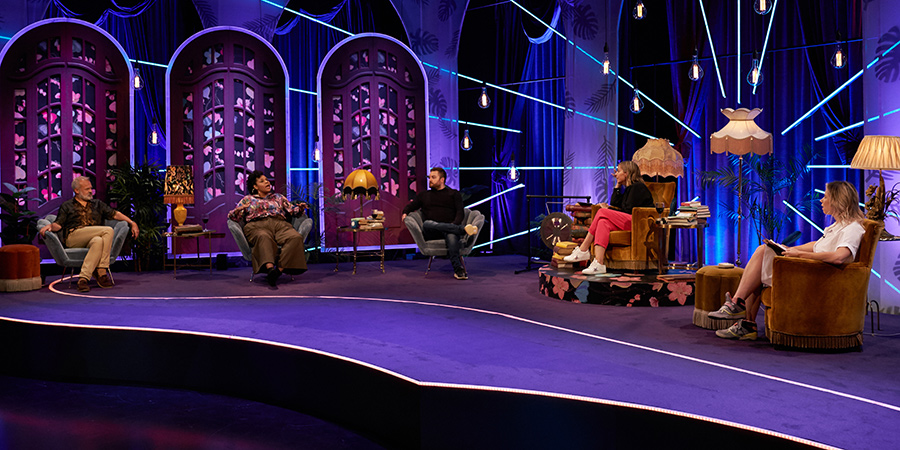 Graham Norton reveals a lie to his mother that went too far leading to him having to have his appendix removed, Alex Brooker talks about 'trying to catch a girl' in a Home Alone inspired trap and Desiree Burch admits to cheating with a friend's boyfriend at high school.

There are even more revelations as Desiree reveals she got caught short on the way home, Alex admits his treatment of his stepdad and Graham discusses his short-lived restaurant career.

The drone delivers evidence from more of the guest's past misdemeanours including Desiree being caught "bobbing for bananas" at a festival, Alex getting turned on at a funeral and Graham losing a prophylactic.

In the final round there are sinful tales from the unforgivable audience including dirty steaks being served up at an event, someone chopping their arch-rival's finger off and a surprise appearance for Alex Brooker.

Restaurant apology required! Mel finds Graham Norton guilty of standing her up for a lunch date.

Graham Norton confesses to an original sin about the time he faked sickness as a child and had his appendix removed as a result.

The time Mel followed through on stage

Mel confesses to an on-stage accident early in her comedy career.

In Unforgivable, Mel Giedroyc's been saddled a format that she doesn't even have much confidence in, the needlessly complex negative scoring, unnecessary gong, and convoluted rounds becoming a running joke even from episode one. But ignore all that hoo-ha and this is essentially a chat show stripped back to the good bits. Guests can forget plugging the latest project or telling us what a delight their co-stars were. Just tell the entertaining and embarrassing stories from your past.

There is the makings of a good show here, the idea is a decent one and allows the guests to tell stories that you might not hear in your average chat / panel show. But to have any chance of being consistently watchable it would require the titular Giedroyc to be jettisoned and Lou Sanders replaced as the host, and the guests to give stories which haven't been rehearsed to death, along with them being as good and as game as Norton was. As it is this is something which is probably worth waiting for Dave to put the best bits up on youtube rather than sitting through an entire episode and having to witness a fair few painfully dull tales, that or only watch the episodes where the guests are people you're extremely fond of.