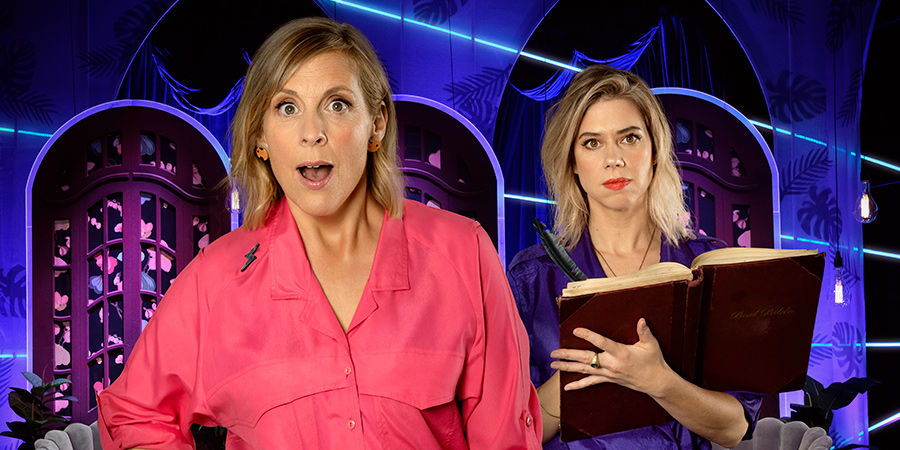 Mel Giedroyc: Unforgivable is the comedy show in which the nation's favourite comics and celebrities compete to convince Mel Giedroyc that they are the most unforgivable person in the room. To do this they will have to dredge up their most outrageous sins, lies, legal transgressions and morally bankrupt behaviour.

In each episode three celebrities come clean and regale tales of their most despicable deeds and uncharitable behaviour as they are probed by host Mel and her sinful sidekick Lou Sanders for all the dastardly details, in the show that scratches away at the polished and preened surfaces of some of the nation's favourite faces to reveal their dark underbellies.