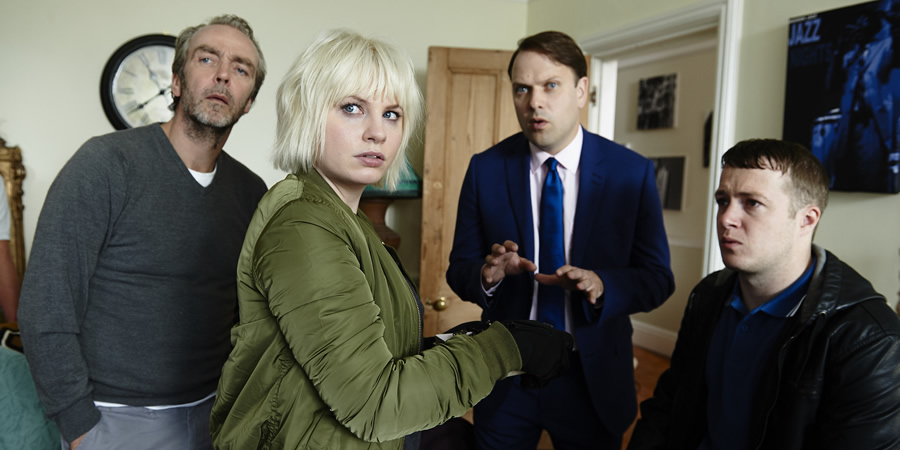 The ghosts are still in residence at Marley's, and they're driving her up the wall - and out of the house.
Preview clips

In an attempt to escape the endless bickering of the ghosts, Marley leaves with the vicar in hot pursuit. But she only succeeds in alarming her neighbour who sees her wildly gesticulating and apparently talking to herself. The residents' association is getting twitchy.

Home alone, Adam and Michael settle down in front of the telly but it's not long before they realise they have company; they're being burgled.

Meanwhile Marley, oblivious to the commotion in her own house, is being confronted by her neighbour - and suddenly has a brainwave. It's time to hire a ghosthunter!

Marley is coming to terms with sharing her life with three ghosts.

An exorcist hunts down the ghosts

Marley calls in an exorcist to try and rid her life of the ghosts.