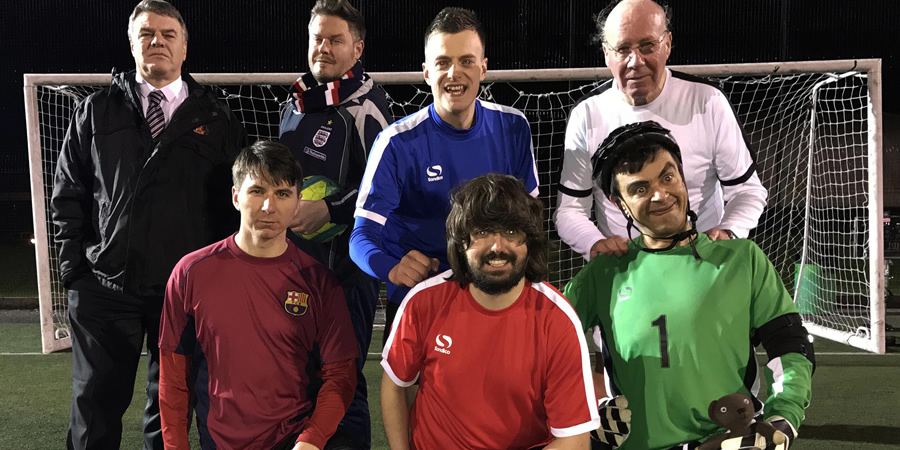 Andy bets his last remaining finances on an all-or-nothing footy match against his disgruntled students.

Despite his fruitless attempts at starting a new career as a language teacher, former agency boss Andy Harmer is unperturbed and decides to set up his own soccer school. But when his football skills are questioned, Andy bets his last remaining finances on an all-or-nothing footy match against his disgruntled students.

But will Andy be able to summon his inner 'David Beckham' and motivate his star-studded lookalikes football team, which includes 'Bobby Charlton', 'Jamie Vardy' and 'Mr Bean', to bring home the victory? Meanwhile, ideas fountain and David Brent lookalike Tim Oliver is not giving up on his dreams of making millions, despite the failure of his TV project.