Series 4 - Best Of Live At The Apollo 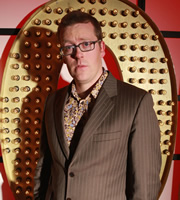 Michael McIntyre, Al Murray, Dara O'Briain, Lenny Henry, Sean Lock, Russell Howard and their guests from the 2008 series of Live at the Apollo feature in a bumper one-hour special, revisiting the cream of Britain's stand-up comedy fraternity as they perform at the legendary Hammersmith Apollo.