What happens to a small community when its famous children's television show Dream Scheme is cancelled?
Preview clips 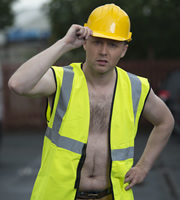 This week, Falconhoof, the put-upon Adventure Call phone-in host, finds himself going round in circles with his latest caller.

Things could well be looking up for loveable ex-junkie Jacqueline McCafferty as she discovers the power of love and a father takes his excited son to see the locations made famous in his favourite TV series, Dream Scheme. It's certainly not a tour they'll forget in a hurry. Meanwhile Building Bricks is out and about and he's in destructive mode.

Adding to the character pieces are more of Limmy's observations, running sketches and plenty of stand-alone pieces. It wouldn't be Limmy's Show! without some impressive dancing and in this episode, Limmy shows off his skills as a pole dancer. He also finds out how heavy a kilogramme really is; sets the Friday afternoon office mood with a new user agreement and does some late night tweeting.

Plus there's a visit to a strip club, some very puzzling toilets and a character in town who's only going to ruin everyone's day.

Limmy has some thinking to do.