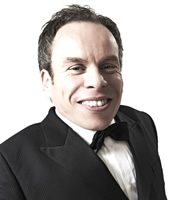 Warwick Davis is Britain's pre-eminent dwarf actor, with a string of impressive film credits to his name, including Star Wars, The Hitchhikers Guide To The Galaxy and Harry Potter.

However, his career is now on the slide and with a massive tax bill and a divorce bill to pay, the showbiz actor has no choice but to open his doors to a film crew 24/7. The documentary charts Warwick's every move as he tries to maintain his pride and self-respect in some very unusual situations.

Note: Warwick Davis plays a fictional version of himself in this sitcom. 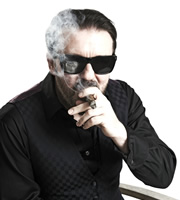 Ricky Gervais is one of Britain's most famous comedians, having co-created and starred in hit sitcoms The Office and Extras. He has many new projects on the go and an address book full of famous Hollywood names...

Warwick, having appeared in one episode of Extras, thinks he's now good friends with Ricky and regularly drops into his office on the off chance Ricky will give him a leading role in his next project.

Note: Ricky Gervais plays a fictional version of himself in this sitcom. 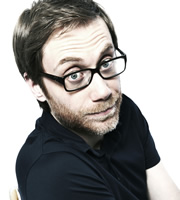 Stephen Merchant has co-created many hit comedy shows with Ricky Gervais, but is happy to remain in the backseat and let Ricky take most of the credit.

He sits alongside Ricky when Warwick drops by the office in the hope the duo will create a new role for him. Warwick thinks if he can get a starring role in a new Gervais & Merchant comedy it'll solve all his financial problems... but the duo don't really have any ideas that involve him at the moment.

Note: Stephen Merchant plays a fictional version of himself in this sitcom. 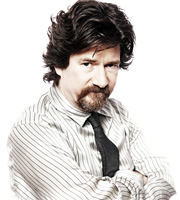 Eric is Warwick's useless accountant. He's terrible at his job and ends up costing Warwick a lot of money, as the tax office decides to pursue the actor for a huge £250,000 bill - pretty much all due to Eric's incompetence.

The accountant is happy to admit that the tax office knows about Warwick's accounts better than he does... which is probably not the way it should be.

Eric ends up getting involved in helping Warwick in his divorce proceedings, mainly because the actor can't afford proper legal representation. 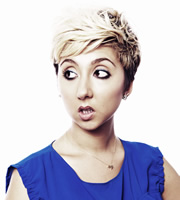 Cheryl is Warwick's dim and stupid personal assistant, who is 'helping' him at his failing acting agency. The only reason she is helping him at Dwarfs For Hire is that her parents want her out of the house and they said she can live rent free if she doesn't come home till 6pm.

Cheryl is rarely helpful, and often manages to drop Warwick into embarrassing situations by blurting out secrets or taking the side of the person arguing with him. 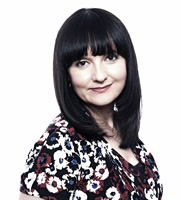 Sue is Warwick's wife... but not for much longer if she has anything to do with it. She wants a divorce.

Their marriage has pretty much failed. It's mainly Warwick's fault because he was arrogant, selfish and not attentive when it mattered, and thought he could do better than her... when actually he didn't realise how lucky he was when he married Sue.

Warwick wants her back now... although admittedly only because it looks bad that he's separated, and because wants to win... not because he loves her. 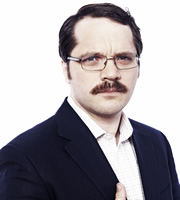 Ian is the lawyer overseeing the divorce between Warwick and Sue... however he's acting in not an entirely professional capacity, he's got his feet well under the table.

It very much looks like Ian and Sue are dating. When Warwick turns up for a meeting to find Ian already there wearing slippers it starts to set off some alarm bells.