Lee Mack has a new stand-up DVD out but this older show from 2006 is much better - a breathlessly funny bundle of razor-sharp one-liners and tall stories that harks back to the cheery old days of Eric Morecambe yet still feels bang up to date. Filmed at London's Bloomsbury Theatre.

This stand-up show from 2007 will come as a surprise to those whose only exposure to Lee Mack is in sitcom Not Going Out or as team captain on Would I Lie to You? The physicality of his on-stage persona feels as if the comedian regularly seen behind a panel-show desk has been let off the lead for the night and the result is riotous and very funny. Early on, he borrows a pair of glasses and breaks into an impression of Eric Morecambe. But there's more here than just quick one-liners and clever wordplay. The spontaneity in his interactions with audience members is impressive ("You're a plumber? Nice of you to turn up") and somehow his sheer cheek never ends up feeling malicious.

Lee Mack, who plays the lead in the BBC sitcom Not Going Out, takes to the stage in London for an hour of stand-up. He's a polished, exuberantly confident performer with a gift for physical comedy reminiscent of Lee Evans. 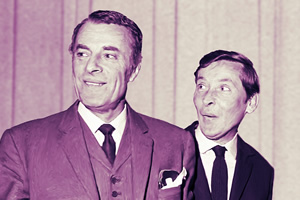 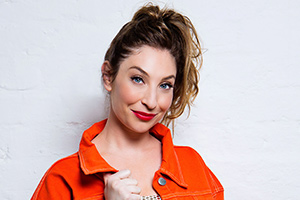