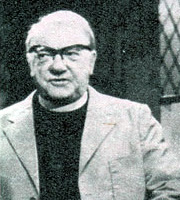 Proud of his status and old-fashioned in his view of the class system. He is appalled by the new incumbent and his snooty attitude towards Clifford and his boozy mother is never kept hidden. However, he takes it upon himself to try to generate the income required in order to preserve his own lifestyle and to turn his uncouth new employer in to a gentleman. 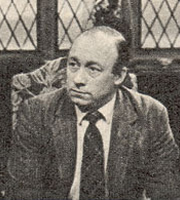 The crude, dim-witted Northern relative who has inherited the title of Earl due to the philandering nature of a naughty cousin of the previous incumbent. Having just been sacked from his job as a sweeper in the boiler room of a chiming doorbell company, Clifford should have fallen on his feet but finds he has inherited a lot of debt. Totally out of his depth, he relies on Bodkin to guide him through the role required of him.