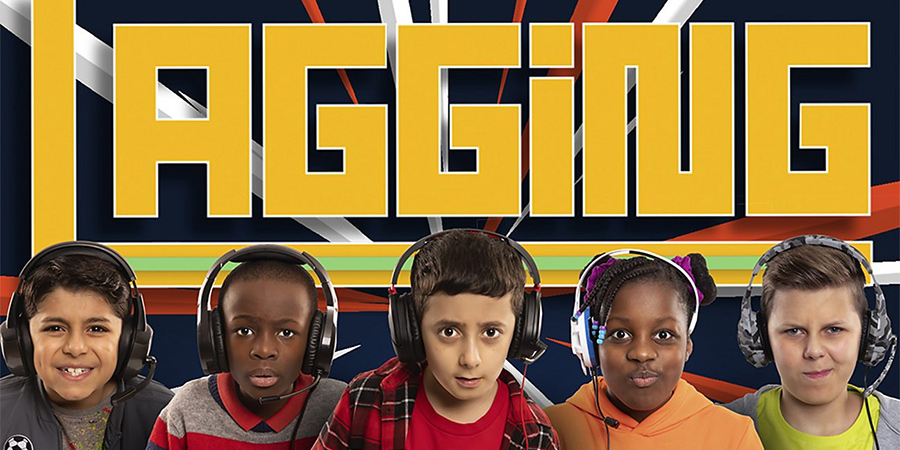 Lagging is a brand new comedy for CBBC. Can you tell us what it's all about?

Armandas: Lagging is a very funny show about a group of kids growing up and just basically finding their way in the world. Each character has their own story, all of them are very different but together they make an amazing team!

Sienna: It's about five friends who share the same interests, mainly revolving around gaming. They are best friends and care about each other deeply.

Yoni: Lagging is all about a group of good friends who play video games together but also go on some amazing adventures. We play as a team online, and in real life we are an even better team. We help each other in crazy situations and there's some hilarious things that happen to us all. Life is one big adventure and with Lagging you can come with us on ours.

Seyi: Cedric is smart, sarcastic and very dramatic! Some say he's the brains of the group!

Armandas: My character Ray originally comes from Lithuania. He is kind, trustworthy, intelligent and loyal. He is one of these people who will go to great lengths to do the right thing.

Sienna: Leah is honest whether it is bad or good. Sometimes she's too honest. She's very sassy, very determined and never backs down.

Yoni: Sol is a little bit bossy (although he will NEVER admit it!) He always wants what's best for the team and his friends. He founded Team SMORCLE and is very proud of being the leader. He tries hard to keep the group together - no matter what situations they find themselves in.

Are you similar to your characters in anyway?

Isaac: Yes in some ways I am. Mo is a funny and loyal friend and I would like to think that I am like that too. He also loves clothes and shoes and so do I.

Seyi: Well, I would like to think I am smart too! I am loyal to my friends like Cedric.

Armandas: I can definitely relate to Ray in many ways, obviously first thing is my background. Also, I do consider myself a nice, honest guy.

Sienna: Yes. My dad always says I'm a game shark! I never hear when someone is calling me if I'm on the game and don't like to be interrupted mid challenge. Leah doesn't like dresses or girly clothes like me and I can be just as sassy and determined as her.

Yoni: I'm actually pretty similar to Sol. I sometimes go on rants and worry over nothing. I do like to be in control of situations, but unlike Sol I am not ashamed to admit it! I do have a group of friends who play video games together too, I just really wish I had a really cool gaming basement like Sol's!

Any funny moments on set?

Isaac: There are lots of funny moments and it is very hard to choose, but one of my favourites is when Mo fails at his skateboarding stunt thinking that if he can do it in a game, he can do it in real life.

Armandas: One of the funniest moments was watching Mo try to shave his beard.

Sienna: There was a line in the scene in a different language which one of the cast had to say and the assistant director tried to read the language to give the cast member direction and sounded so funny (wrong!) we couldn't stop laughing.

Yoni: We were on set a lot - so there's loads of banter and jokes the cast and crew had. Me and Isaac were filming a scene where he's stalling for time to annoy me and stop me getting to the shops in time for the sales. To delay me he buys a MASSIVE ice cream - like HUGE - trust me it was big in real life too. The problem was that we can't use ice cream because it would melt on set, so we had to use whipped cream - a LOT of whipped cream, and it was warm! Mo was told not to eat loads on the first take, but he didn't listen and ate and ate. It made me feel sick just looking at it. We had to do this a few times, so when you see Mo in the show feeling sick and looking like he was about to throw up, he was actually feeling sick in real life. We really thought he was going to barf over us during the scene.

Why should viewers watch Lagging?

Isaac: Because it's a really funny show and most kids will be able to relate to the characters.

Armandas: If you want to have a good laugh and a giggle and forget your worries then you should watch.

Sienna: The five characters are relatable and will make you laugh. It's funny and very real. It will make you want to be a part of the gaming world.

Yoni: People should watch because there's something for everyone. Comedy, family, friendship, our annoying parents a few arguments and even a spot of shopping. There are jokes for both adults and kids. I am sure everyone who watches it will find some really funny (and perhaps heartwarming) moments in there. I challenge you to not burst out laughing at least once. The whole cast is such a great group and I'm sure you'll enjoy watching it as much as we did making it!